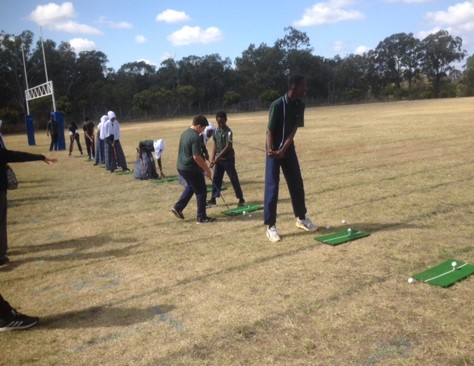 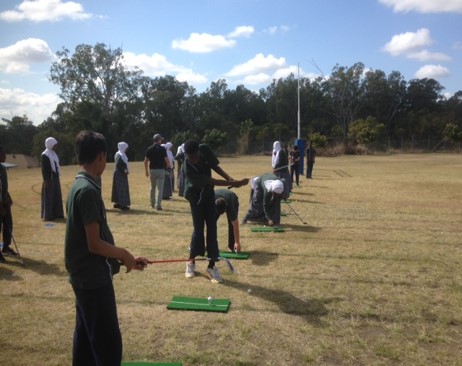 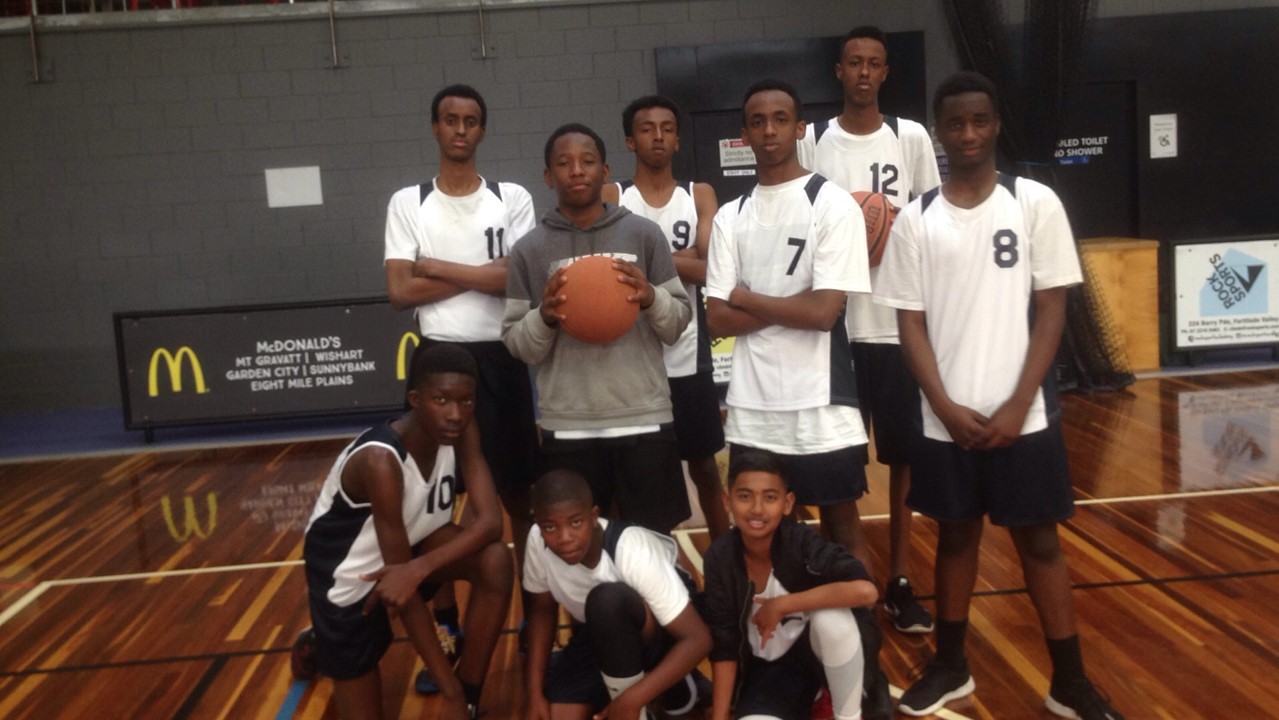 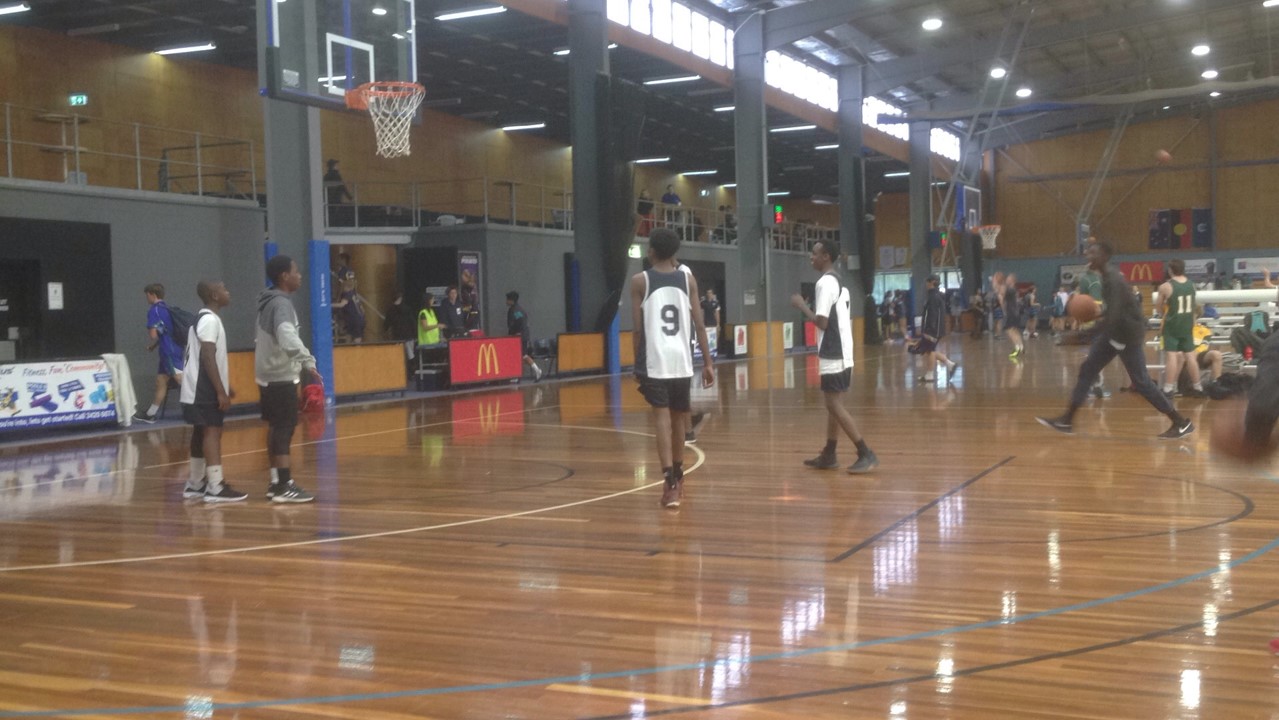 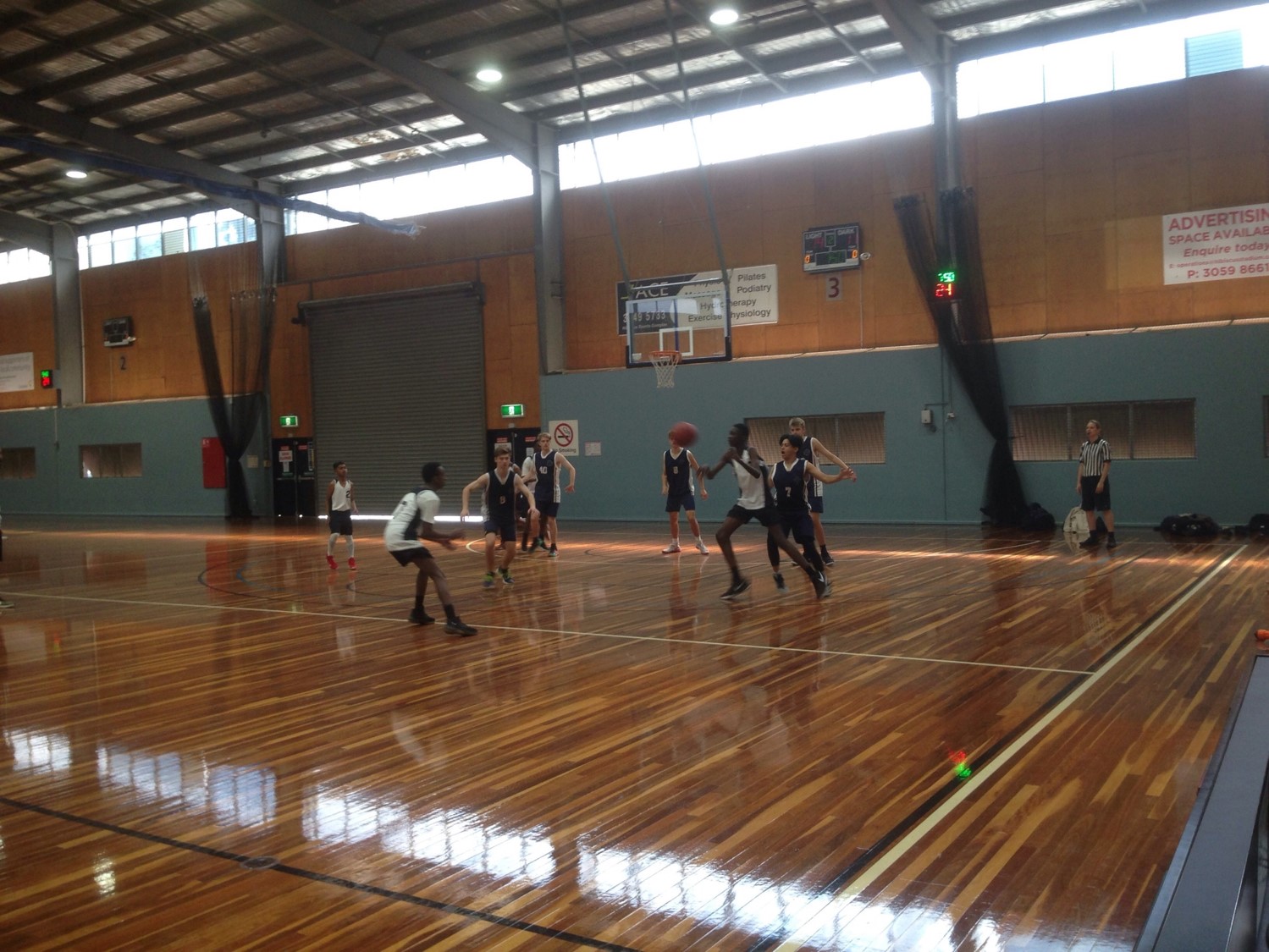 The boys were given some exposure into the game of Basketball and trained with Coach Samer every week since middle of Term 2.
The team made improvements to their own skills and confidence in their team play over the 12 weeks of practice. Unfortunately, the team played against some tough opponents and couldn’t make the next round.
The final game against Assisi Catholic College (Upper Coomera) was their best performance and our boys showed some heart and fight.
We are very proud of their efforts and hope it leads to better performances in years to come.

Musa Kamara (Yr 8) was successful in the District Basketball trial at Runcorn State School. He was selected for the Eastern District team and competed at the Regional Championships in Ipswich on Thursday 14th June. It’s a great achievement for Musa as he is only 14 years and was competing against older boys.

Abbas Kenneh (Year 5) was selected for the District Tennis team and has competed at the Metwest Regional Championship at the Brisbane Tennis Centre in June. Abbas made the 4th round at Regional Tennis Championships on Tuesday 5th June. He was also competing against older boys. A fantastic effort.

Abdel-Rahman and competing at the Metwest Cross Country competition. Our students competed in the inaugural Inala Community Cup at CJ Greenfields in Richlands today. The boys had been coached by members from Inala Kick Start- a group run by Inala Community House over the past 9 weeks. We won all our games in the group and made it to the semi final playing attractive football and lots of goals! The semi was a tense game which ended 1-1 and went to a penalty shoot-out. Luqman Sherar was superman in goals (saving two and scoring one) which sent us to the Final. Unfortunately the final proved to be a game too much as our boys went down against Durack SS. They did themselves, their families and the College proud. Mashallah!

Members from Football QLD and Logan Roos Football club will be running a soccer program for our Year 3 students from Thursday 16th August until the end of the term. Mr Pat Solano our PE teacher is arranging a soccer game between AIIC and Wisdom College at our school in September.

On Friday 10th August, our college participated in the annual Bachar Houli Cup, run by AFL Queensland in Yeronga. The girls teams played against each other and had a skills clinic led by a few players from the Brisbane Lions AFL Women’s team.