On Tuesday, 24th April, Australian International Islamic College celebrated ANZAC Day commemoration ceremony. Students, parents and all staff members showed their respect to honor the service and sacrifice of the original ANZACs, and the generations of Australian servicemen and women who have defended Australia’s values and freedom, in wars, conflict and peace operations. 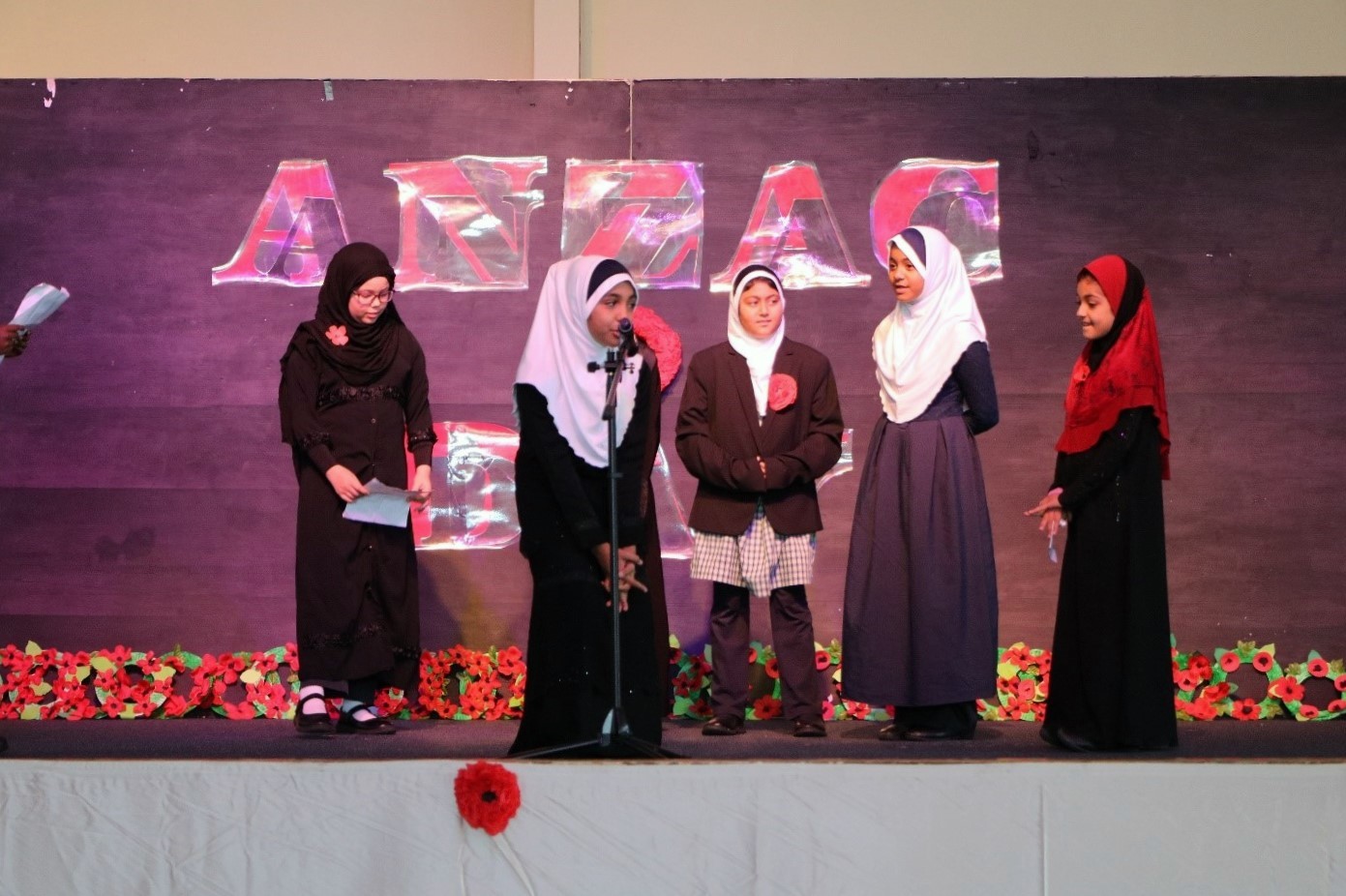 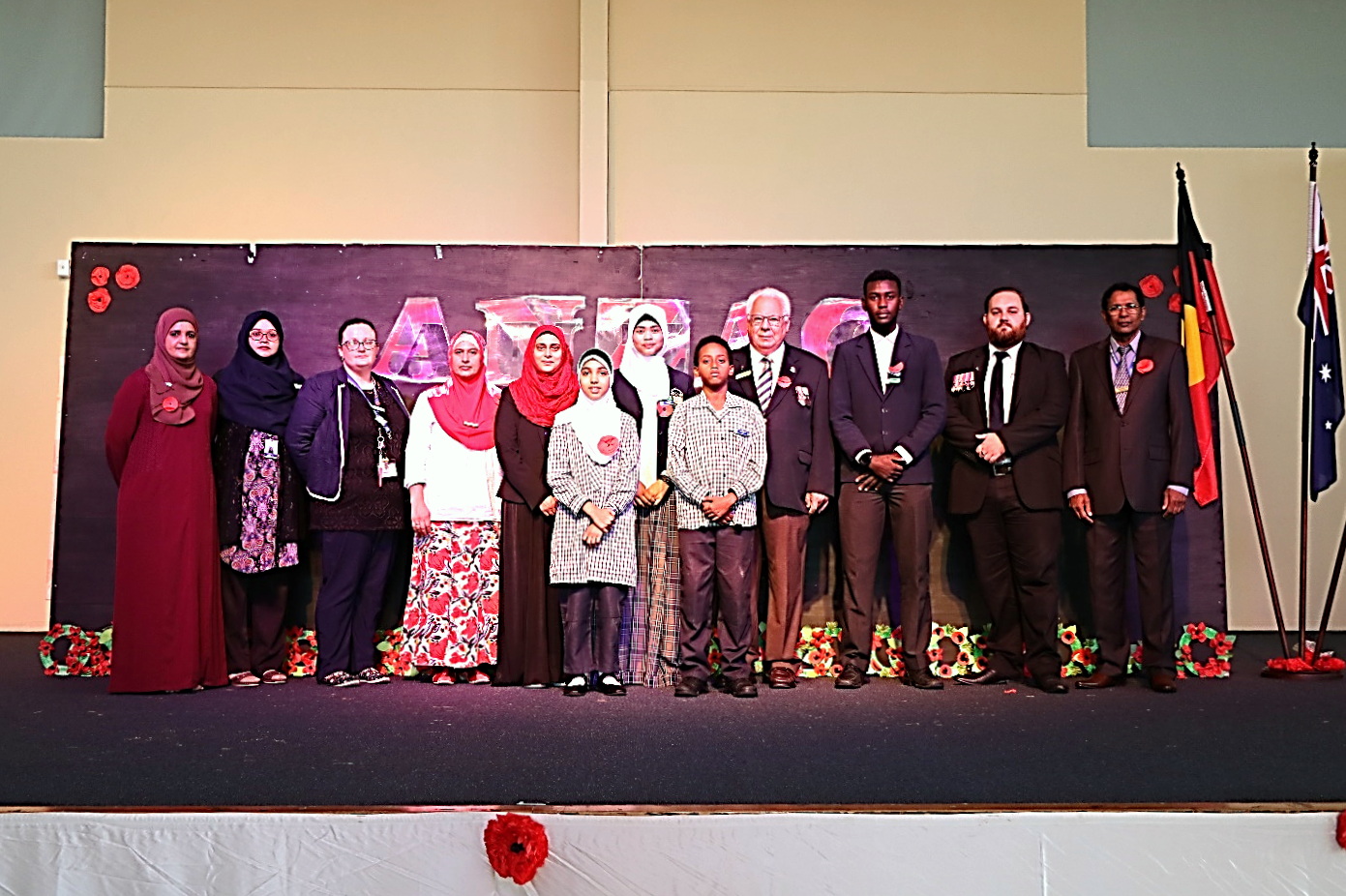 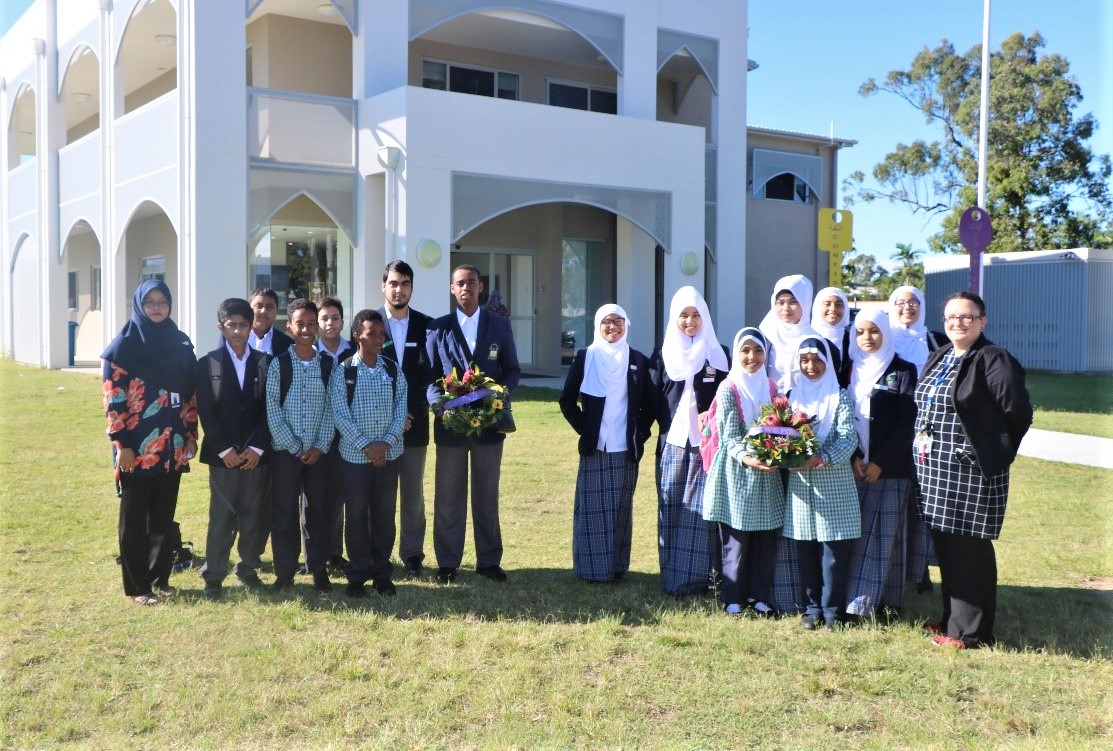 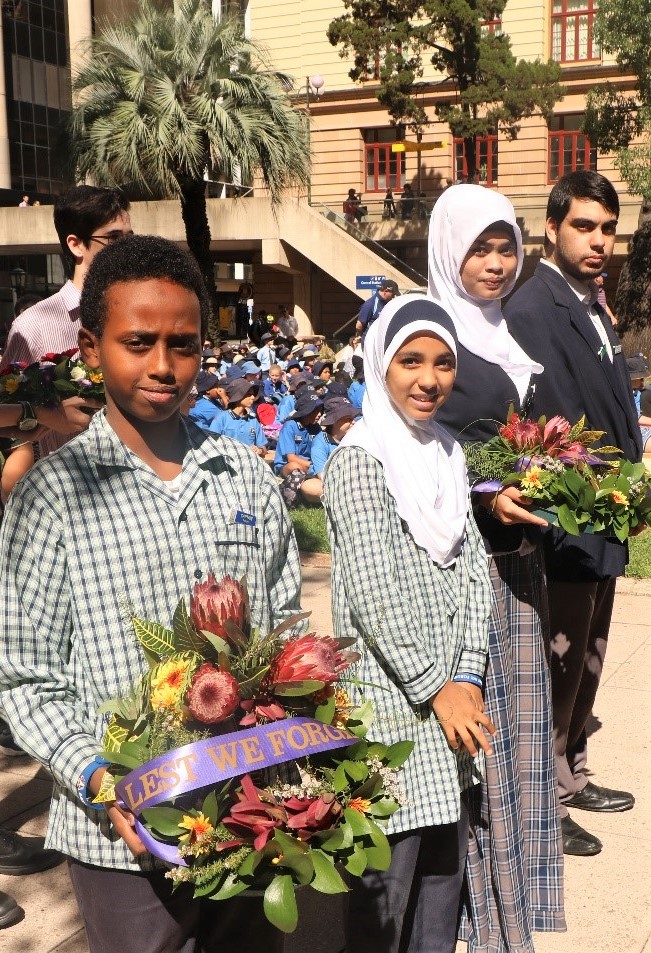 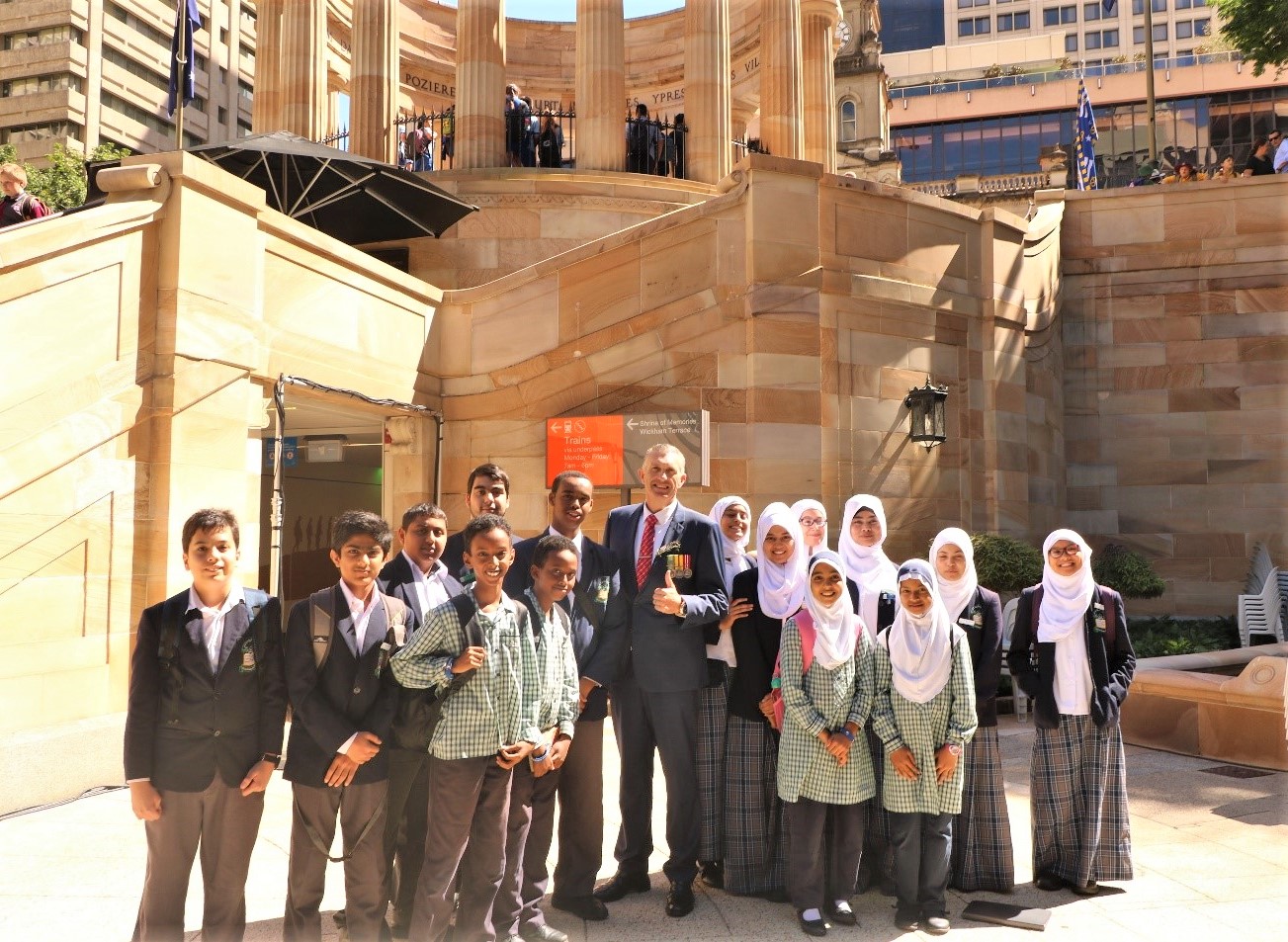 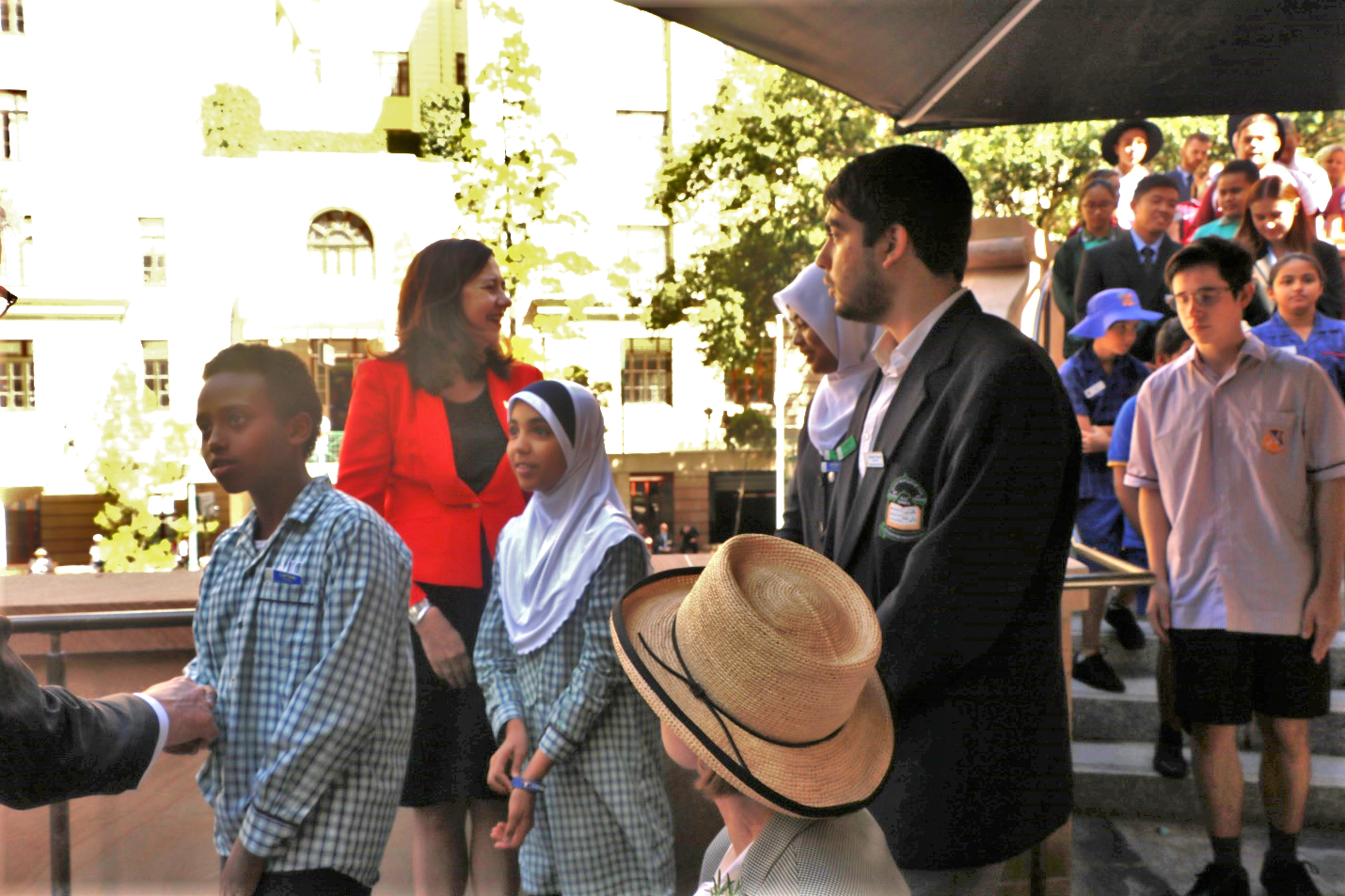 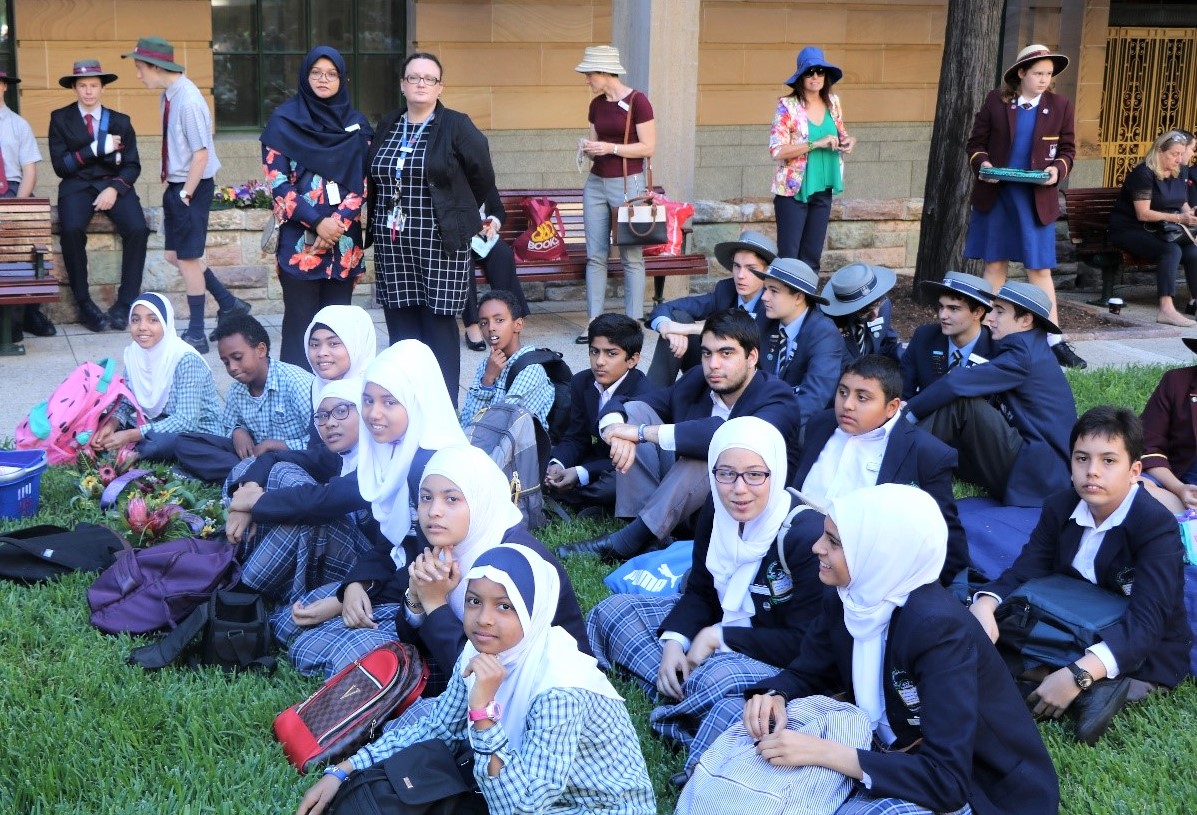 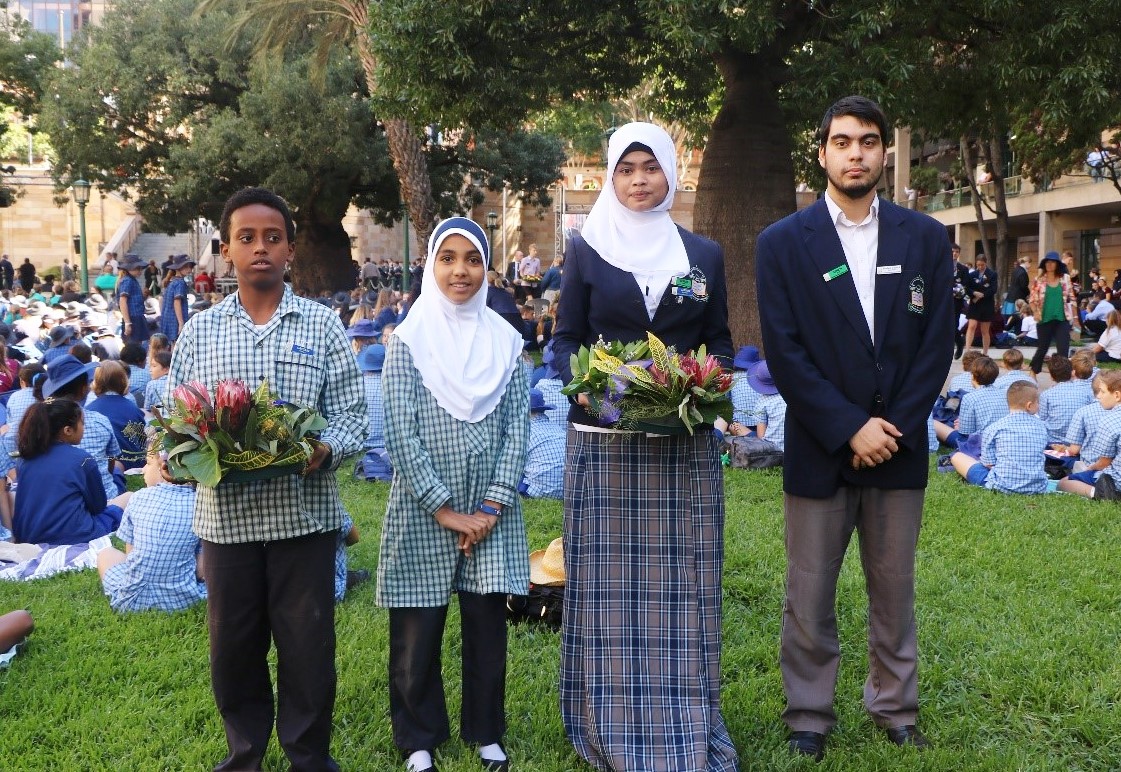 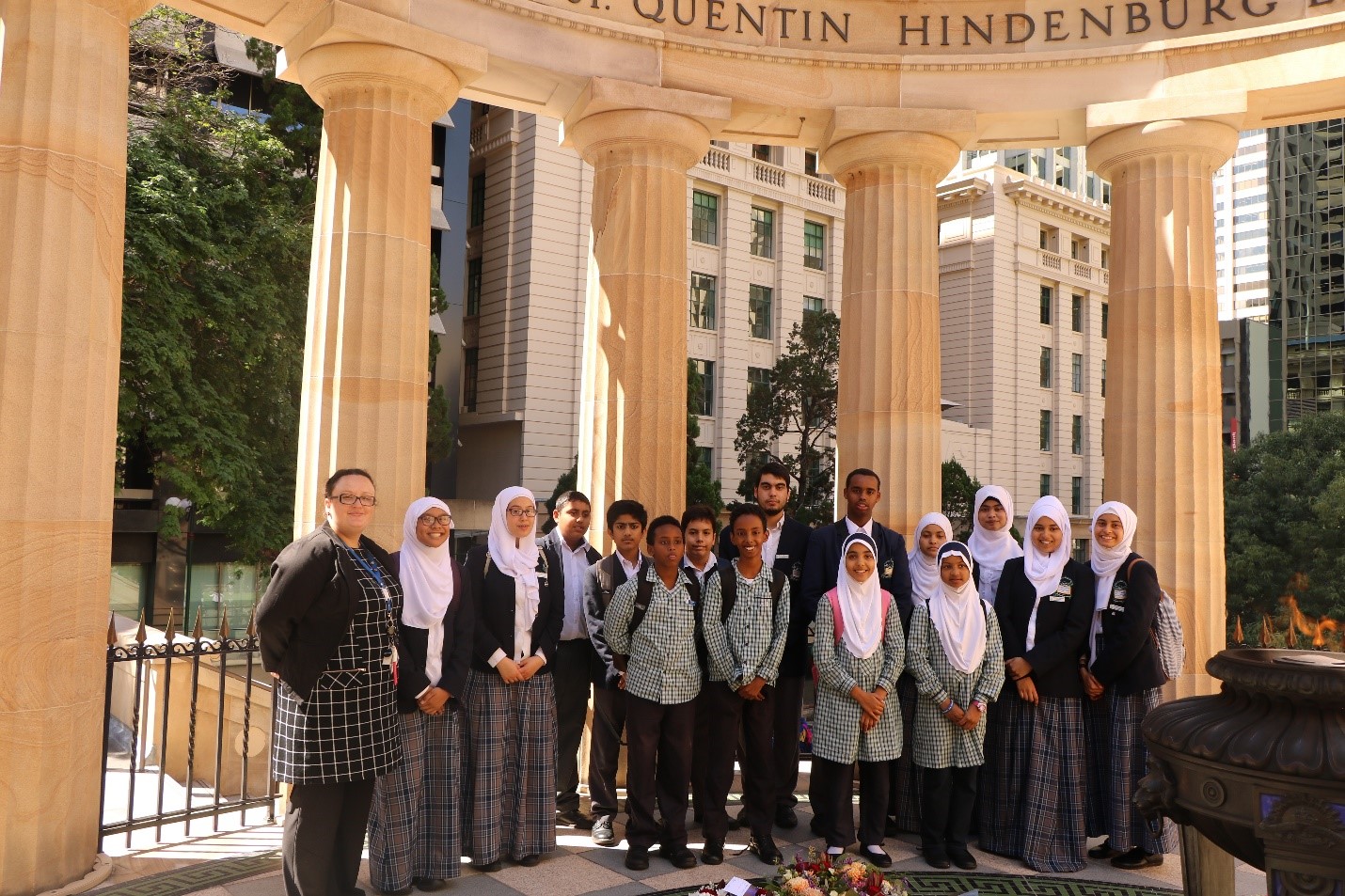 A special assembly was held to mark the day. The college was honored to have a special guest Mr. Peter Mapp from the RSL – Darra. Mr. Mapp gave the students a short talk. The college Principal, Mrs. Banwa addressed the assembly and spoke about the significance of ANZAC Day.
The program included student presentations honoring our fallen heroes and signifying the importance of ANZAC Day. A range of poetry recitations and role-plays were performed by Primary and Secondary students. The program concluded by acknowledging all the sorrow and loss caused by war.
Members of AIIC student council also visited ANZAC Square on 23rd of April, to participate in the ANZAC Day Student Commemoration Ceremony in the city. The students observed the ceremony, which concluded with the wreath laying on the ANZAC Memorial.