This year, students at the Australian International Islamic College participated in 2 weeks of festivities to celebrate Book Week 2017. This year’s theme was ‘Escape to Everywhere’ which aimed to stimulate children’s imaginations and encourage them to journey to mystical worlds and far-away lands. The Teacher-Librarian, Mrs. Zeenat Mohammed showcased a range of CBCA’s shortlisted books of 2016 and 2017 in the library for students to read and explore. Hands-on literacy activities followed book reading sessions and students participated in a range of writing and creating activities to extend their imaginations and broaden their understandings. 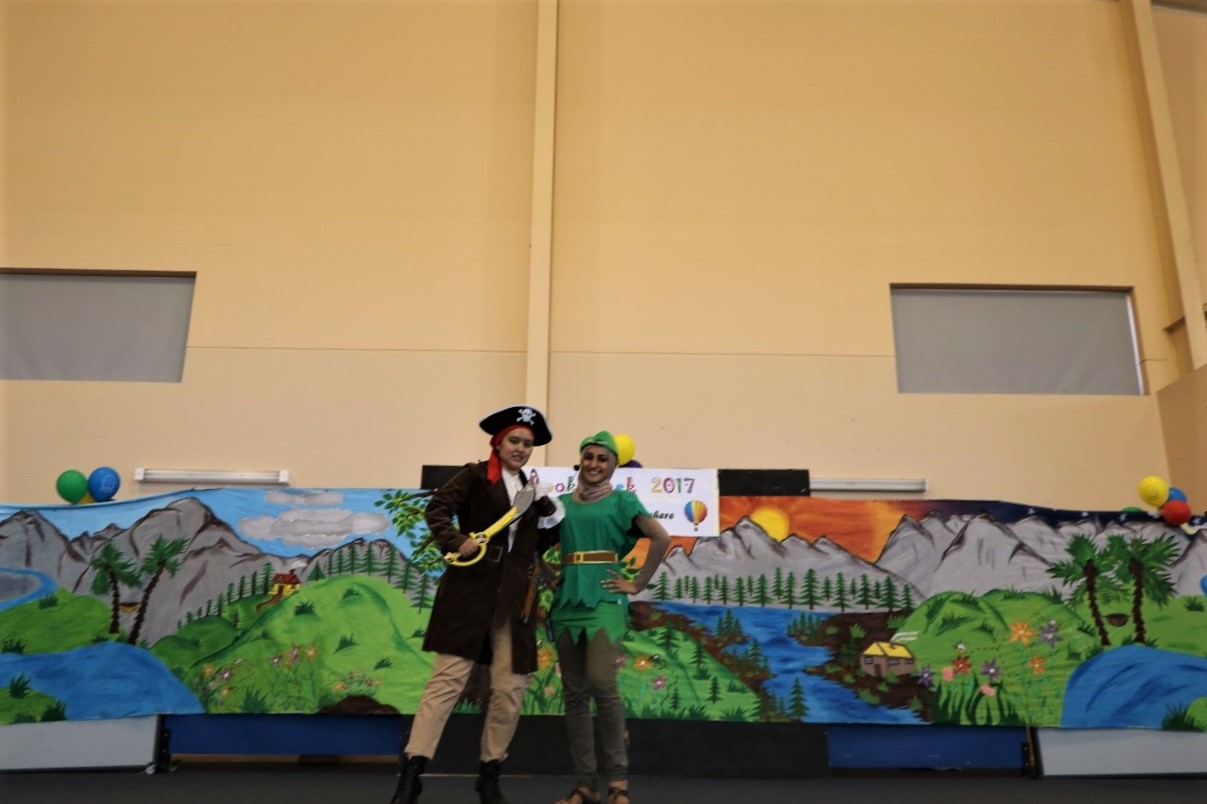 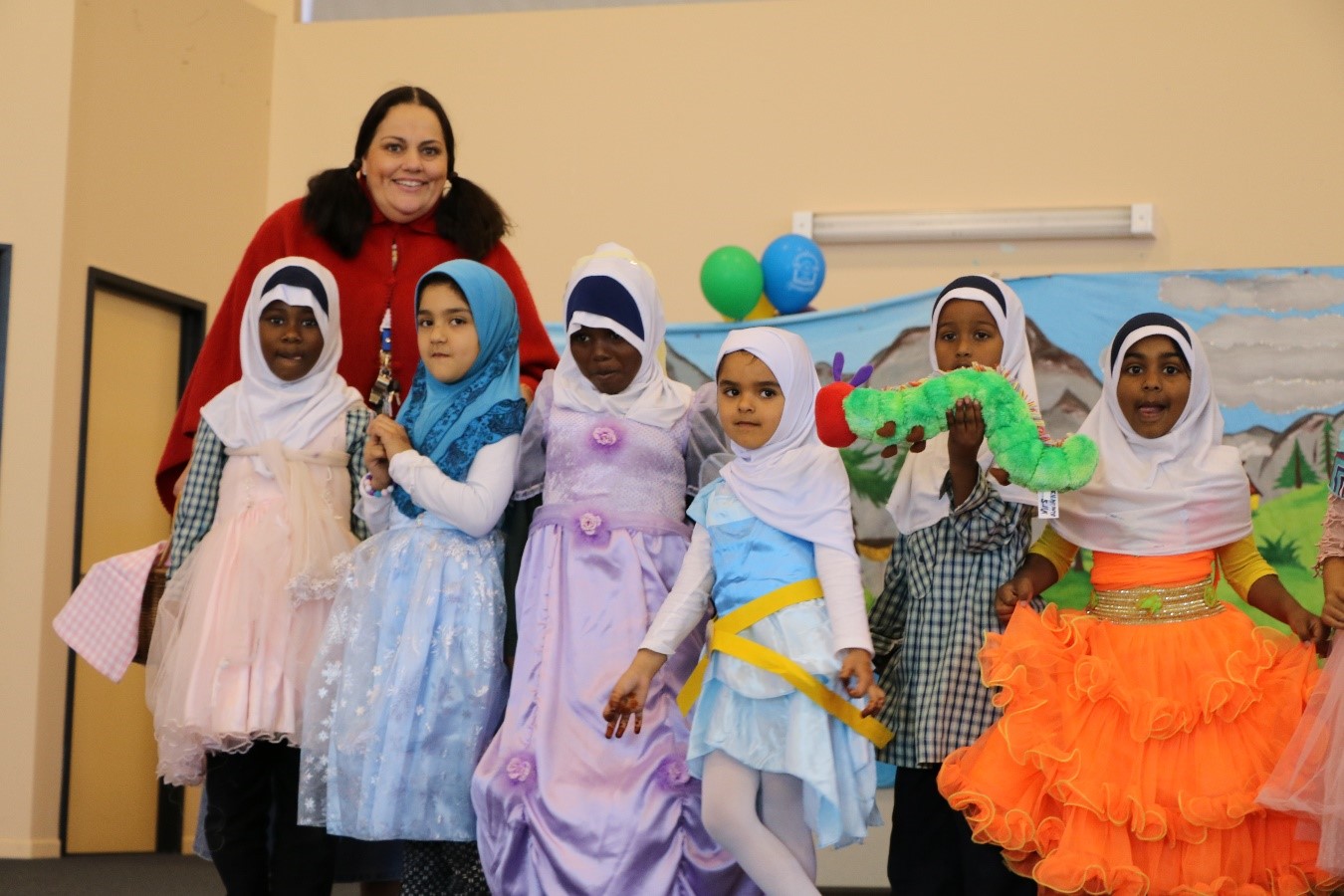 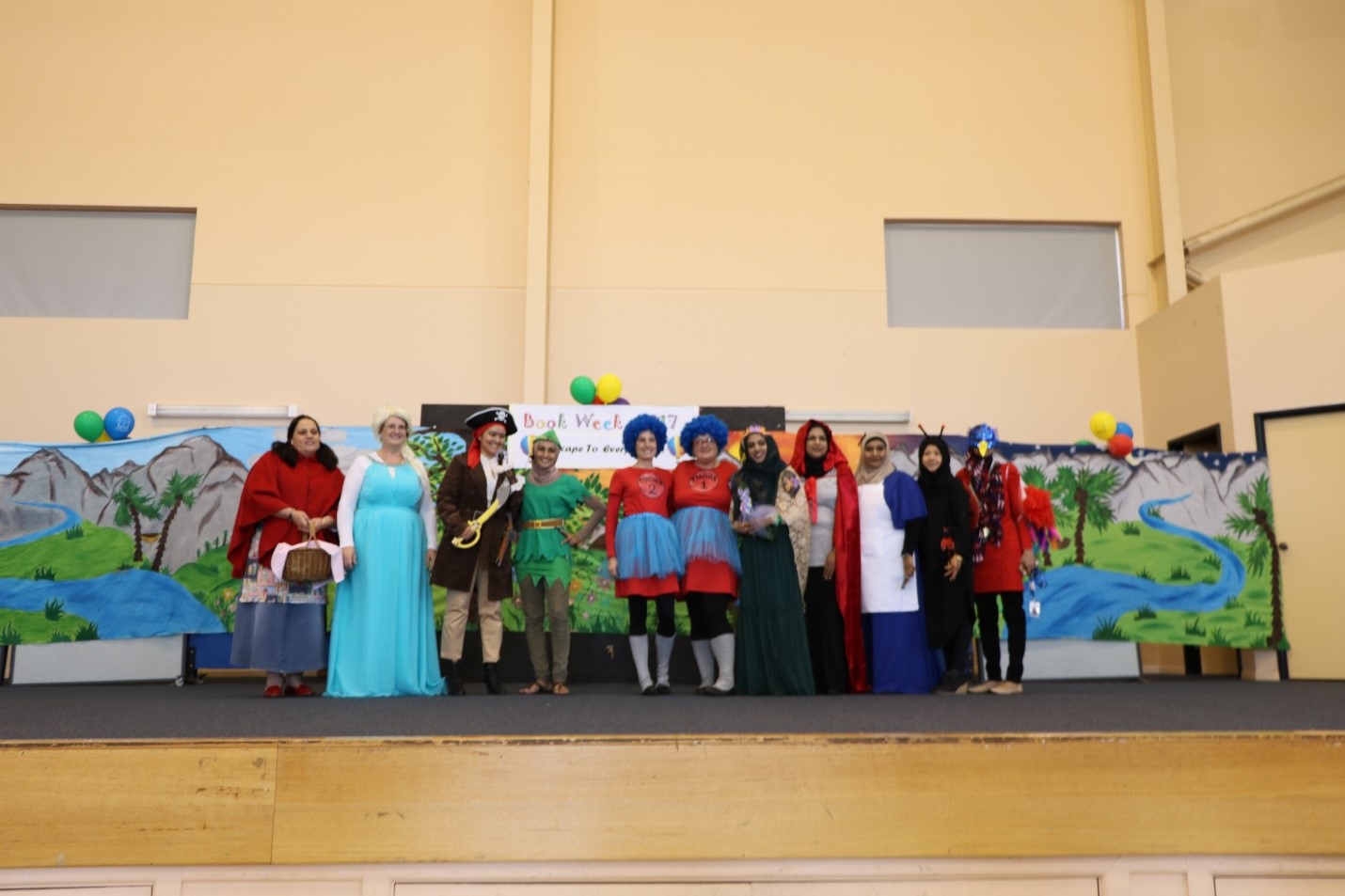 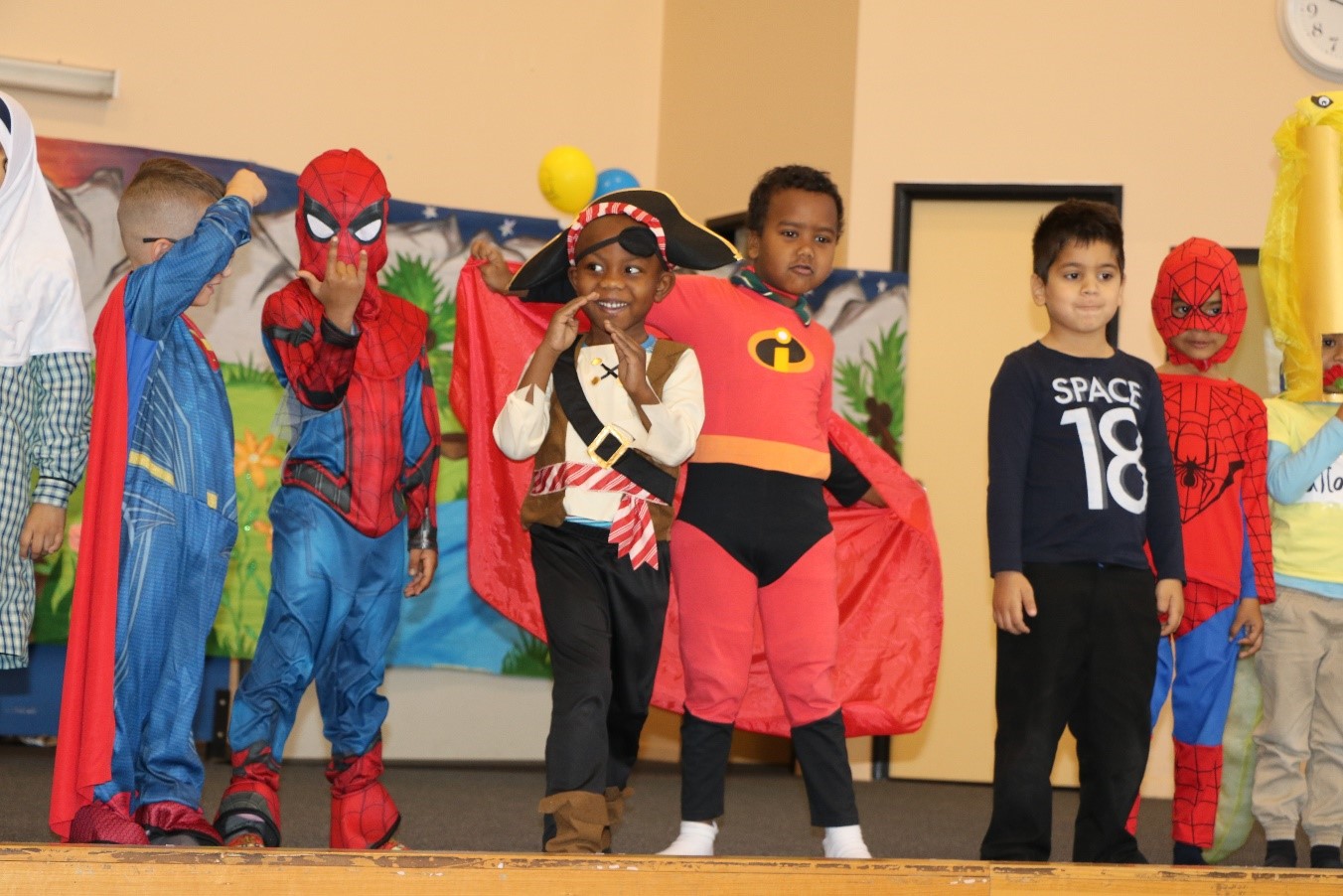 AIIC Book week 1
The following week, students from Kindy-year 2 dressed up as their favourite storybook characters and participated in a fun filled costume parade. Teachers and teacher aides also dressed up as their favourite book characters which created an exuberance of excitement amongst the children. The costume parade started off with a comical skit between Peter Pan and Captain Hook, played by the Teacher-Librarian and Library Assistant which was followed by a colourful display of character costumes as students paraded through the school hall. Students created costumes at home, in class and during costume making workshops run by the library, during lunch hours.
The following day, students were invited to watch a performance by award winning production company ‘Perform Educational Musicals’. The highly skillful actors brought CBCA’s shortlisted books to life in their comical and interactive performance that had children captivated and intrigued for the entirety of the show. The performance was based upon the texts students had been reading during their library lessons with Mrs. Mohammed, and their familiarity with the books helped to make the show all the more engaging.
A wonderful week of fun and adventure, whilst exploring the depth of talent in Australian children’s literature.