Our science day event for primary and secondary students was an opportunity for students to showcase their experiments and perform live demonstrations to their peers and staff. The projects were a reflection on the topic’s students have been learning throughout the term which paralleled with National Science Week theme “Destination Moon – more missions, more science”

Based on this year’s National Science Week theme, which is ‘Destination Moon- more missions, more science’, 6A embarked on a short STEM project entitled ‘Make the Impossible possible– Project Lunar Base: Build a Colony Base on the Moon’. It was actually a NASA challenge/ competition open to the American public, that started in 2017. The teaching resources were downloaded from Kesler.Science.com.

Students went through 6 phases of the design engineering process, aptly called ‘LAUNCH’ where L stands for Look, Listen and Learn, A for Ask a Ton of Questions, U: Understand the Problem and Process, N: Navigate the Ideas, C: Create a Prototype and H: Highlighting what Works and what is Failing. And the last stage is: ‘Ready for Launch’ which is the presentation of the artefact (lunar base) and we opted to present our project on Science Day.

Students learnt a lot through their research on the possibility of living on the moon despite the many hazards of micrometeorites, cosmic radiation and extreme temperatures. They also had to research for a sustainable supply of food, water and air. For energy, they discovered that solar energy was a viable option (they created a simple solar panel device to simulate the energy source), for food, hydroponics or soil-less farming not only provide food but also recycles the air by providing oxygen and taking in carbon dioxide (set up a simple hydroponic unit) and for water, lunar ice can be melted and waste water recycled (created a mock- up of a simple recycling unit). They also discovered that lunar soil is made up of 43% oxygen and can be extracted for use.

Although, the eventual artefact created is at best rudimentary, students learnt the importance of subscribing to the design engineering process as illustrated by the 6 phases of the project, which is essential to any project or task, and can applied across disciplines. That was the best takeaway for the students. 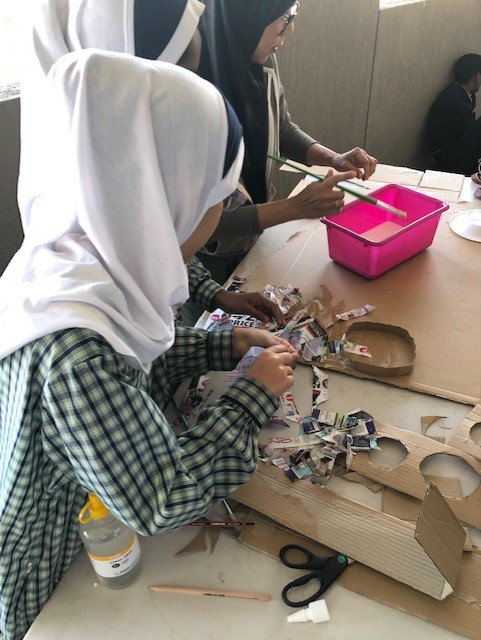 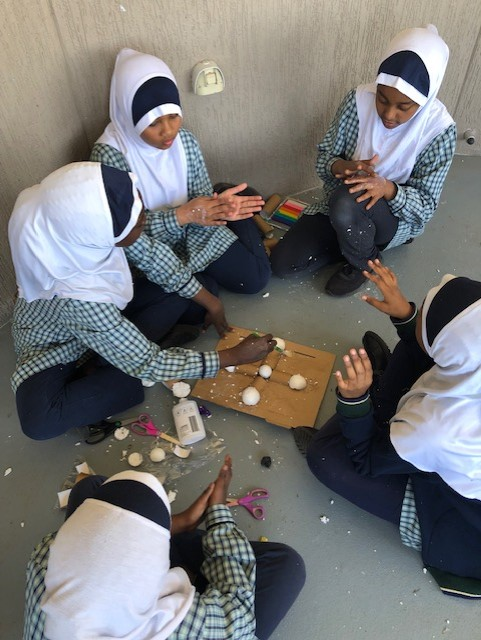 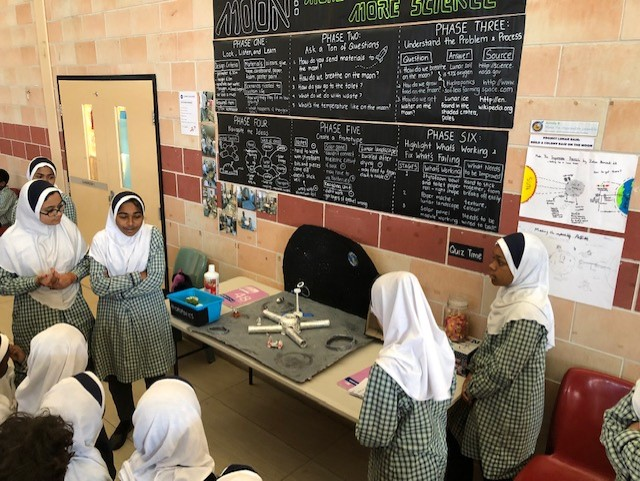 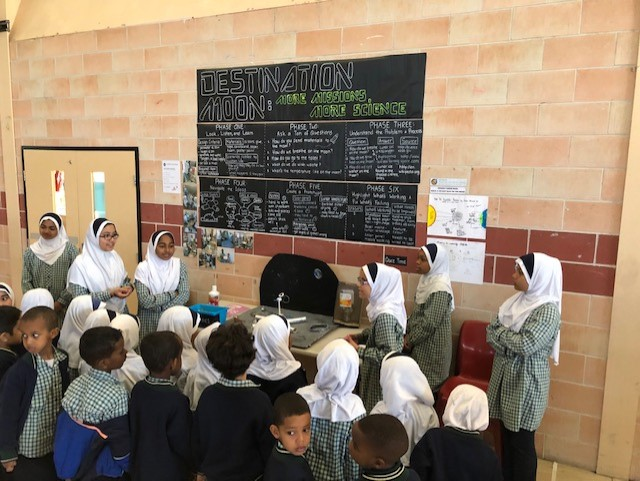 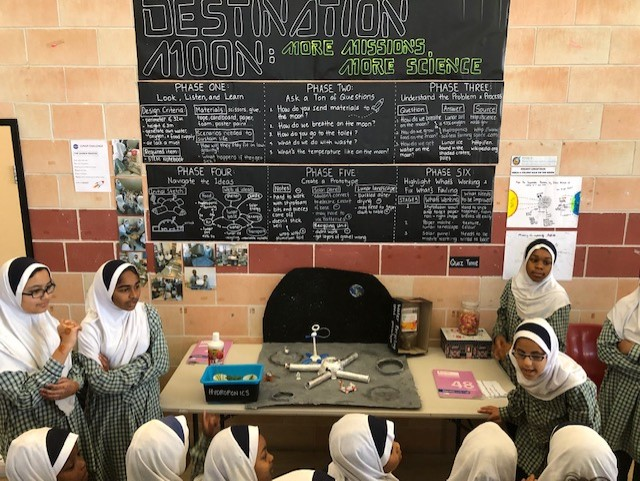 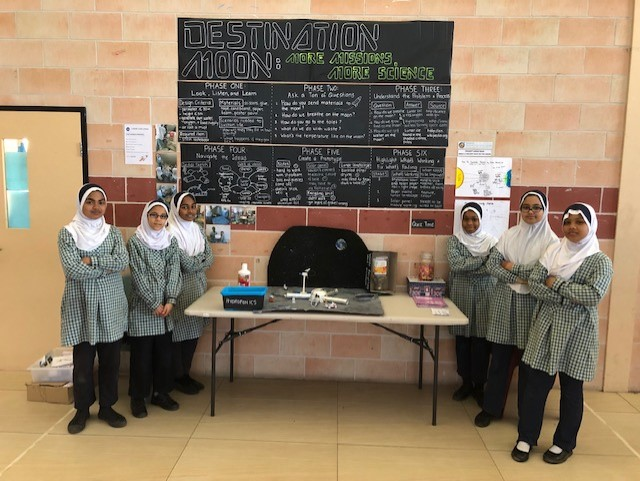 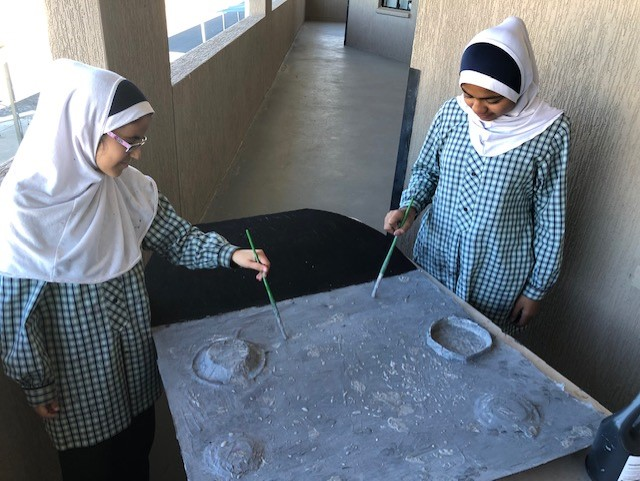 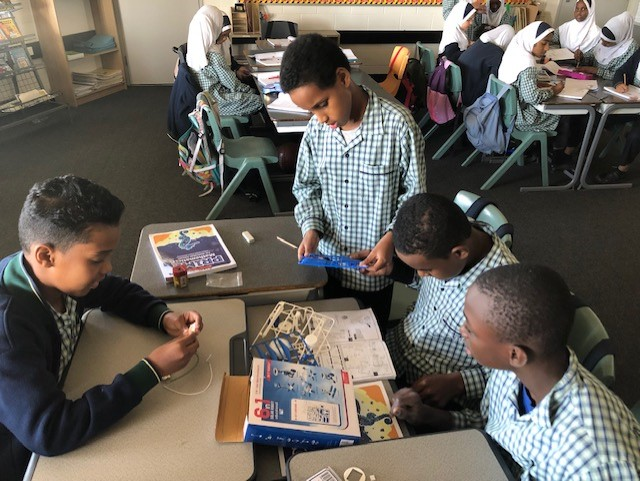 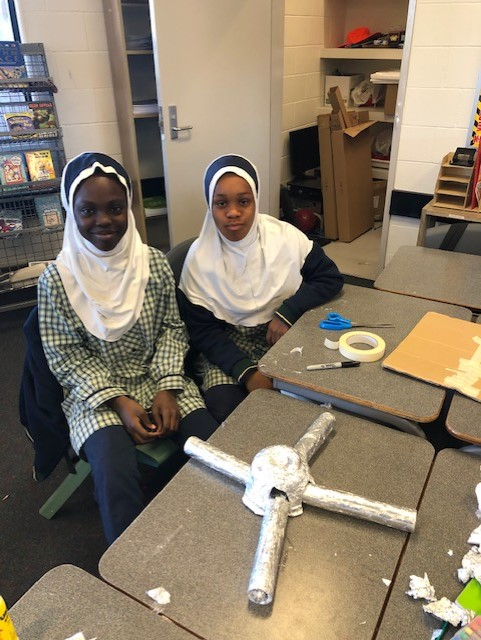 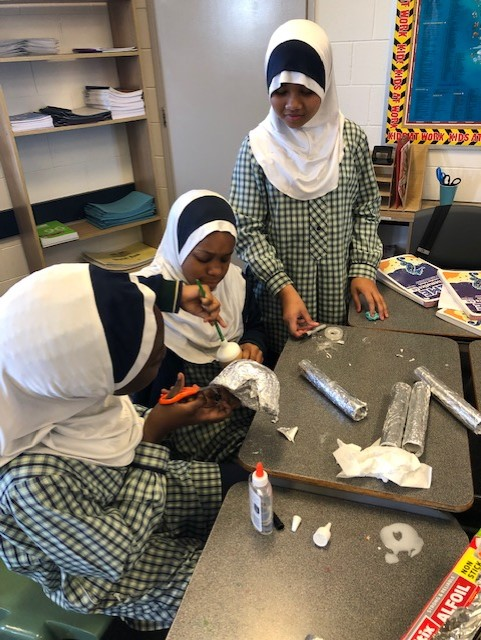 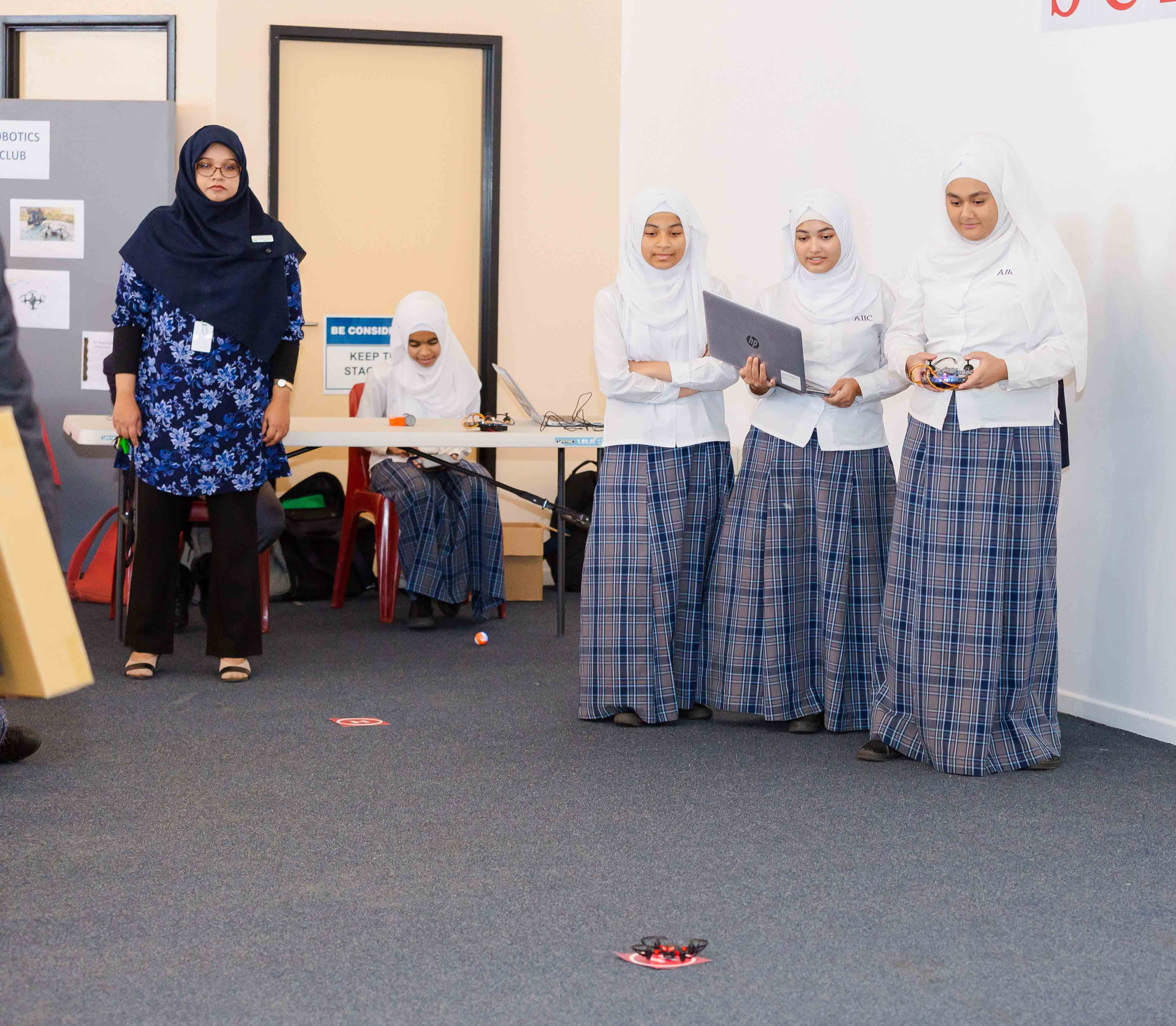 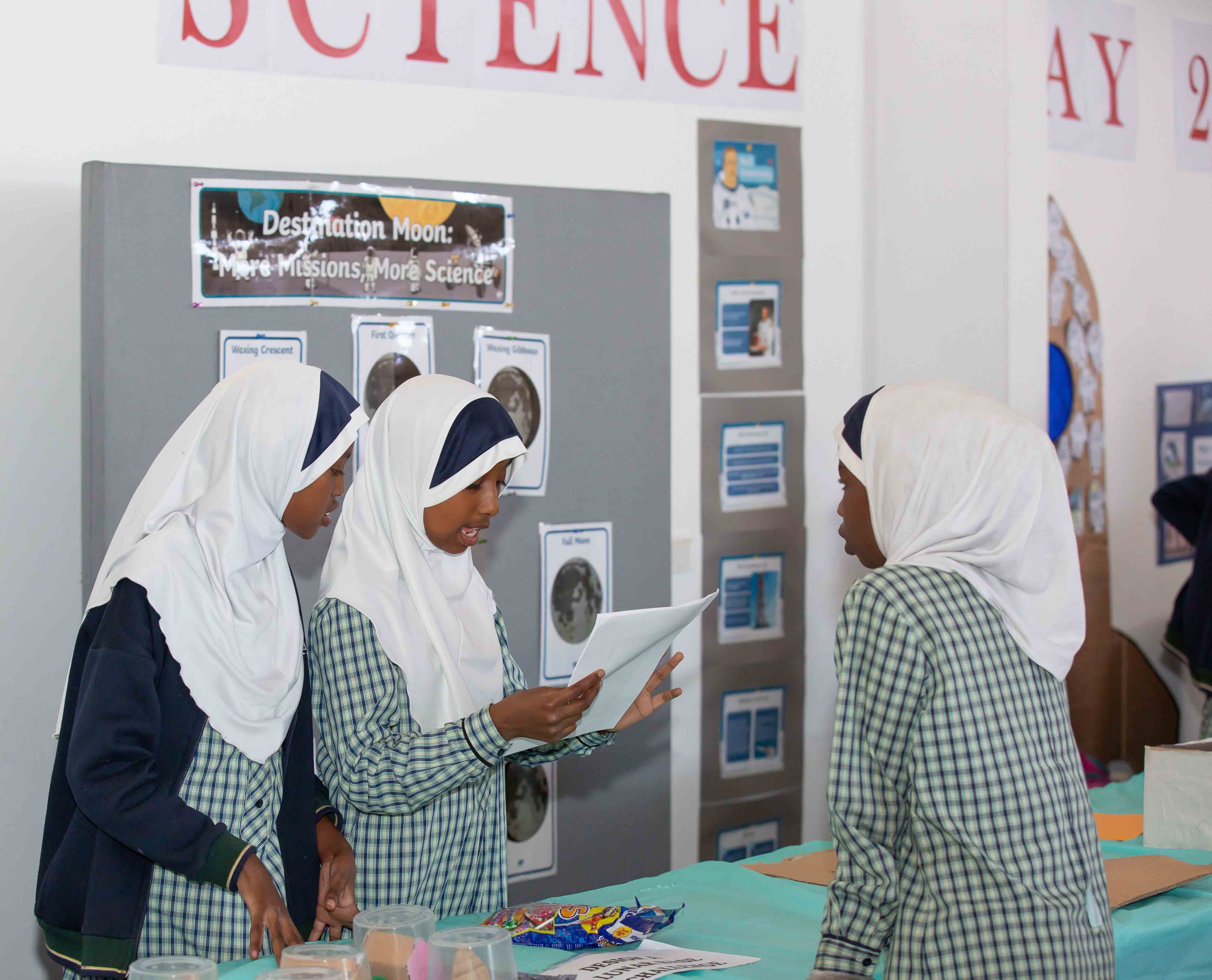 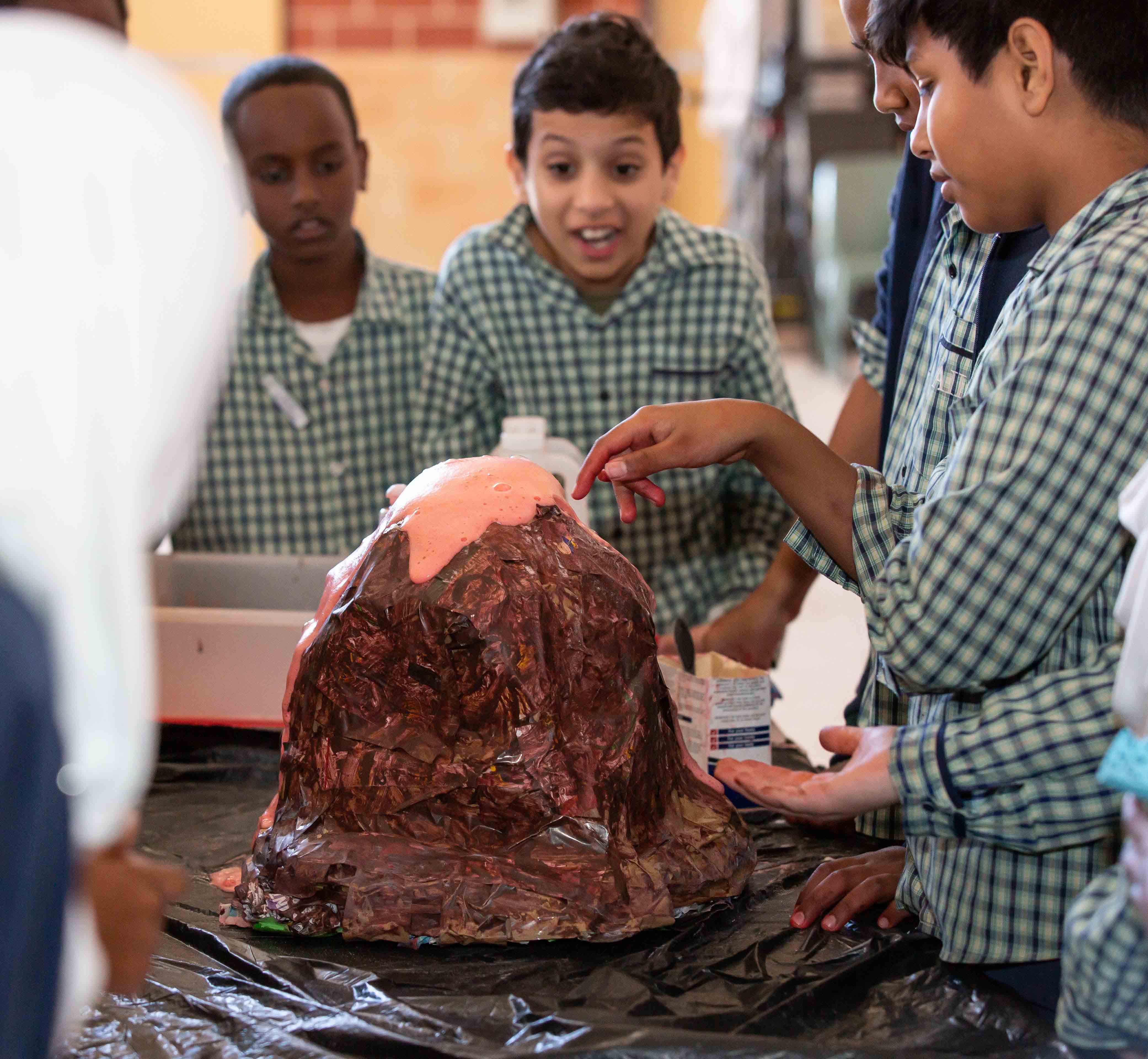 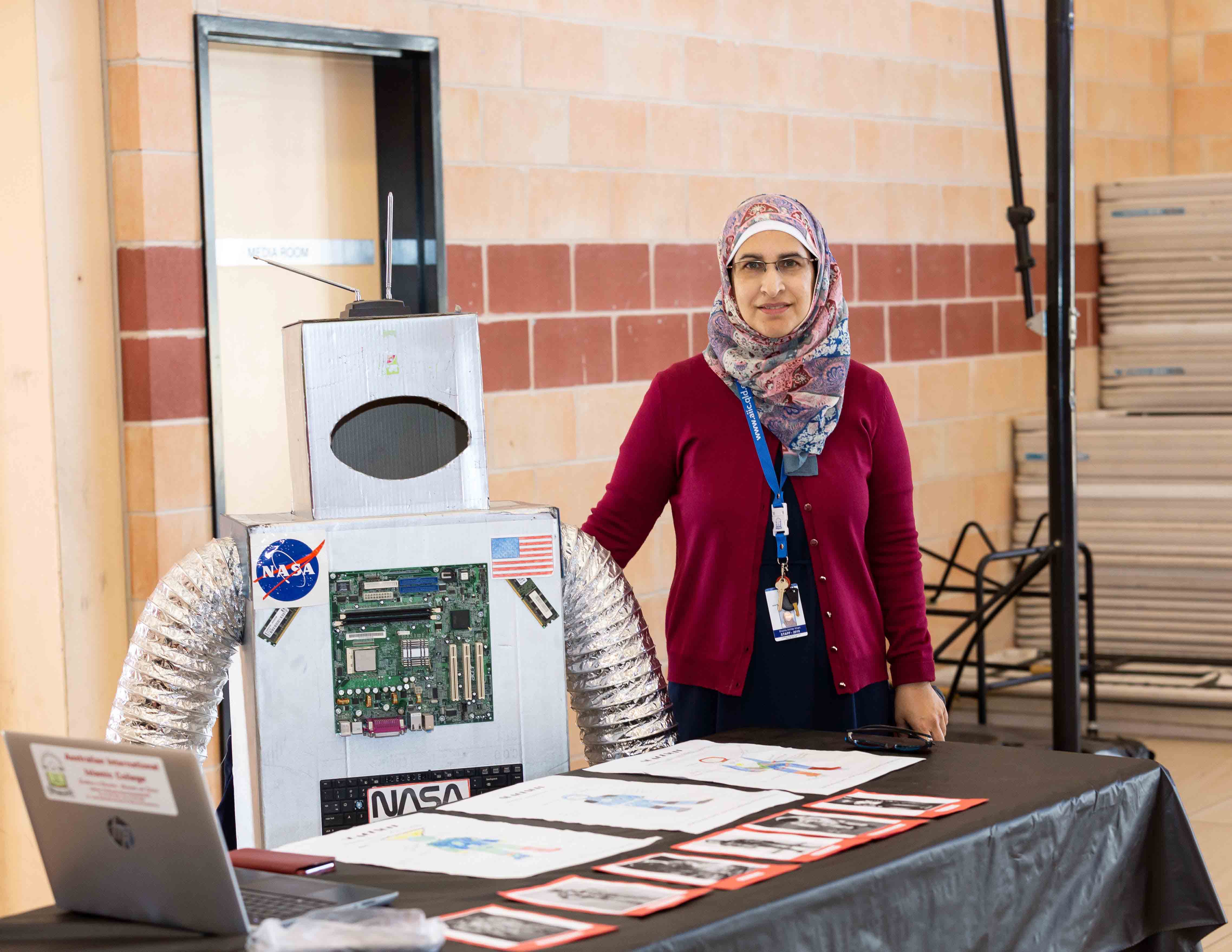 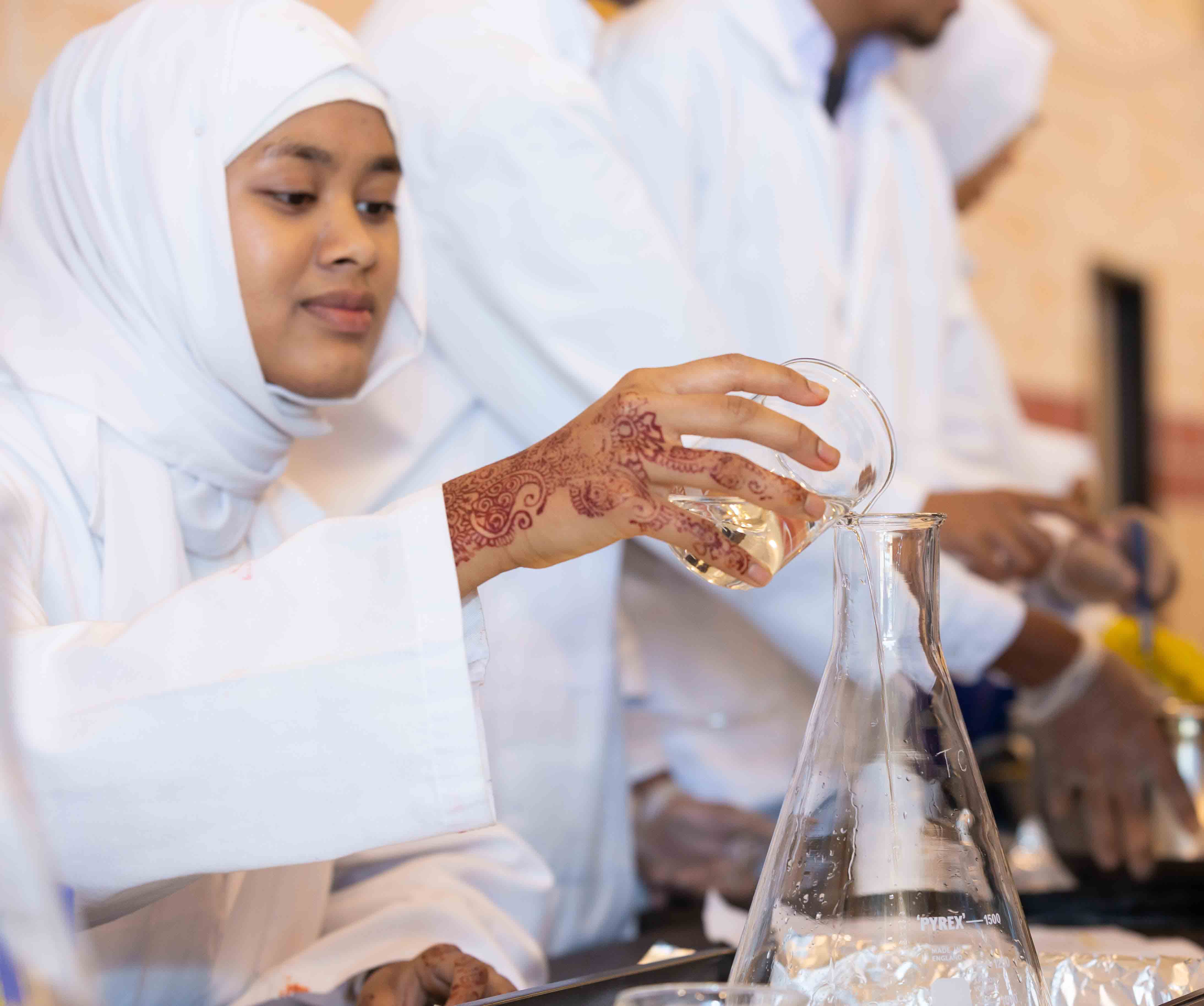 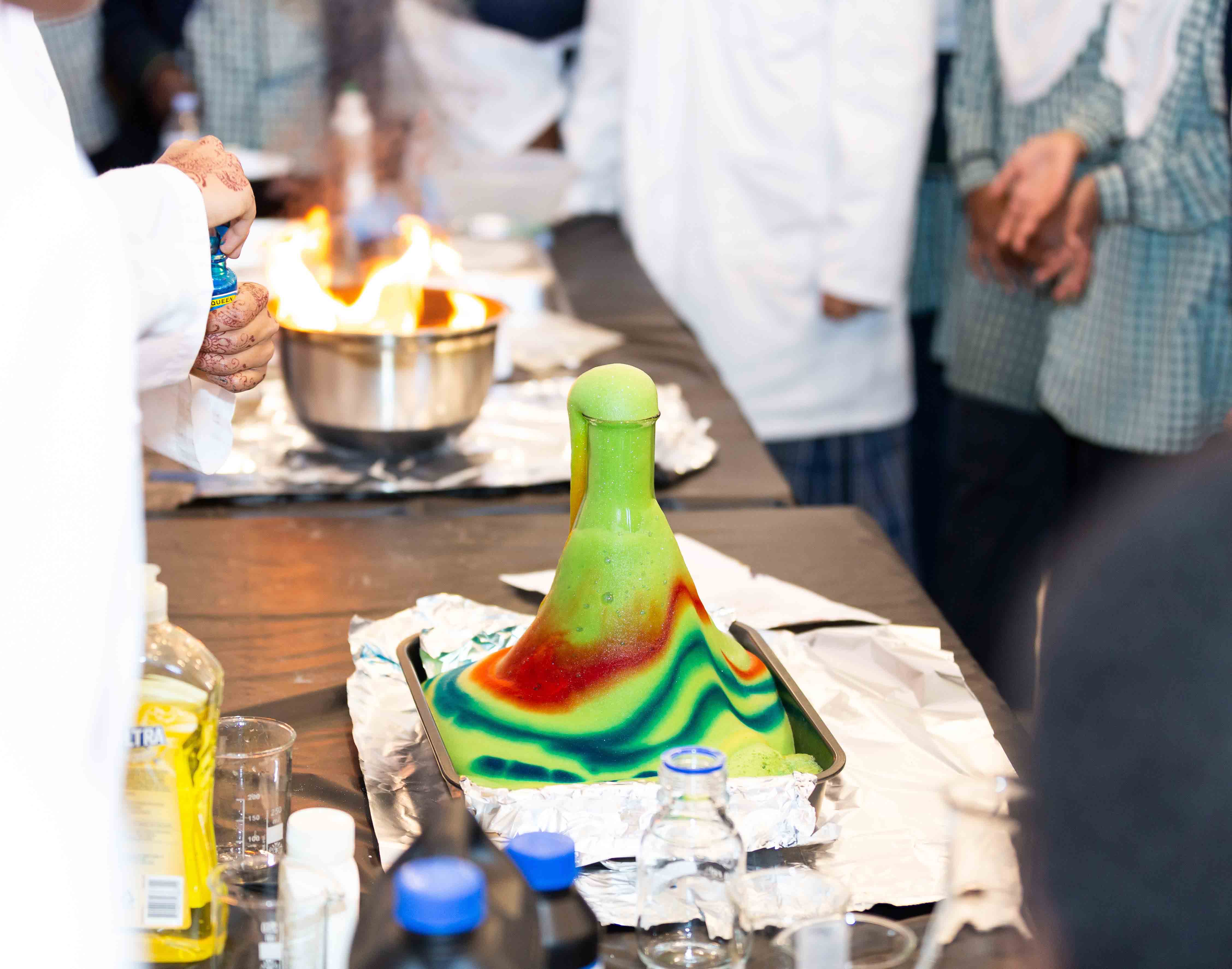 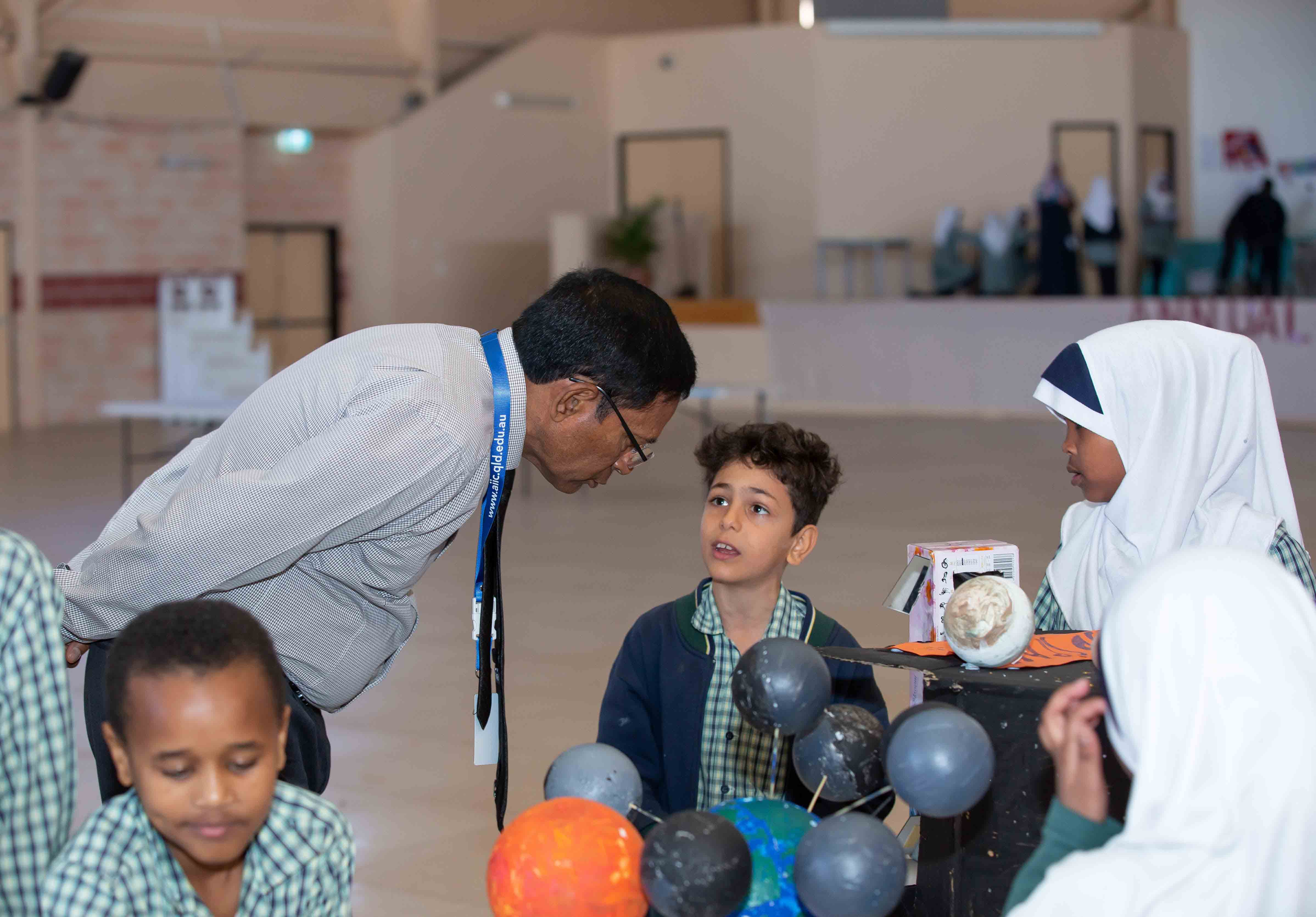 We introduced students with our robots and showed some activities. We used a variety of products these include Sphero mini, Edison, JD humanoid Robot, JD Hexapod Robot and Drone from Codrone.

I had a group of students who showed individual activities using different robots. For example, Sphero mini is like a ball and we can program to control its’ movement. Edison is like a car robot and students programmed it. JD humanoid robot gave salaam to students, solve simple mathematical addition, entertain students by singing and dancing and also some physical exercise. We had also 2 drones. Students programmed one drone and were able to fly the drone using their program.