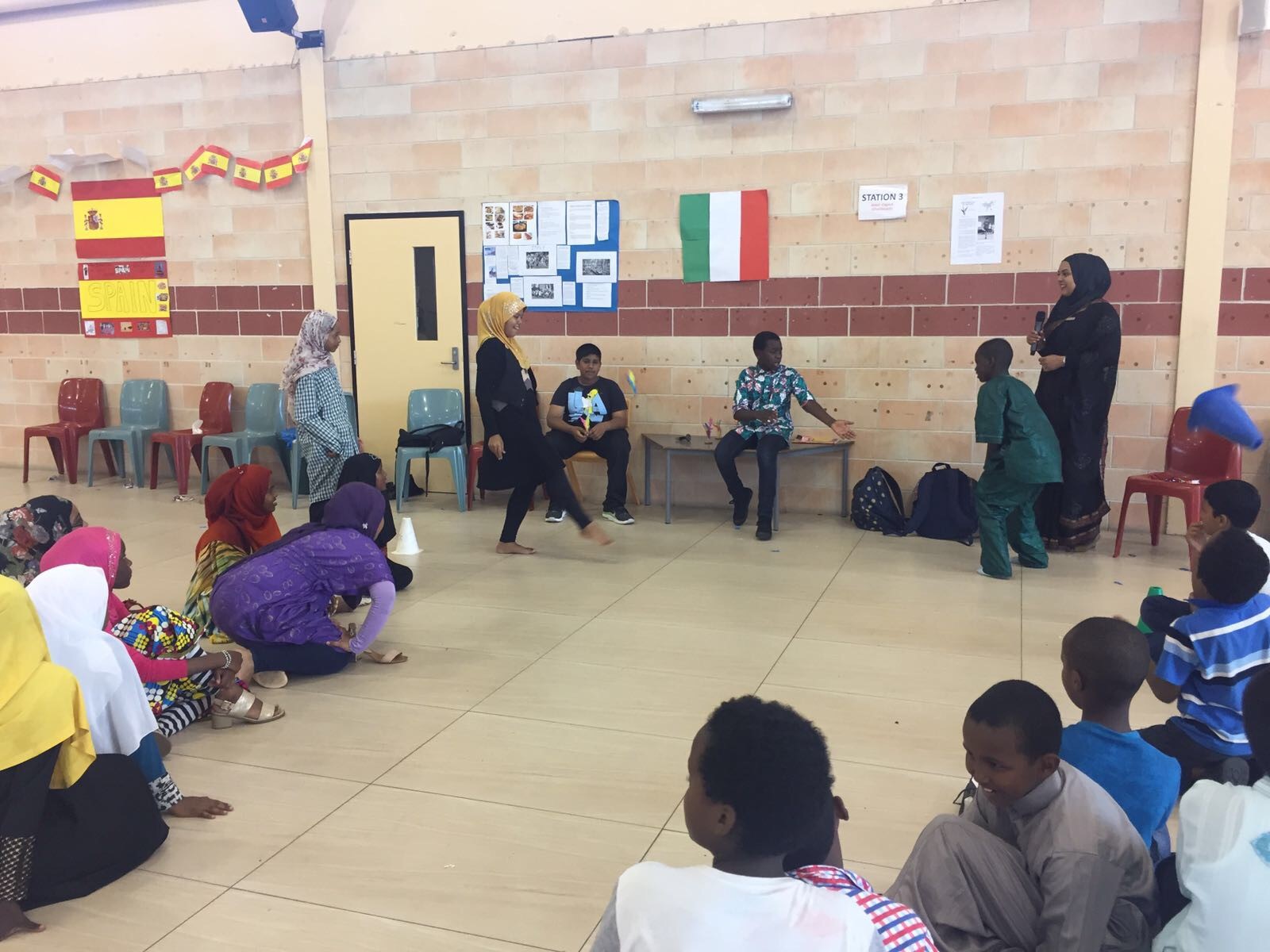 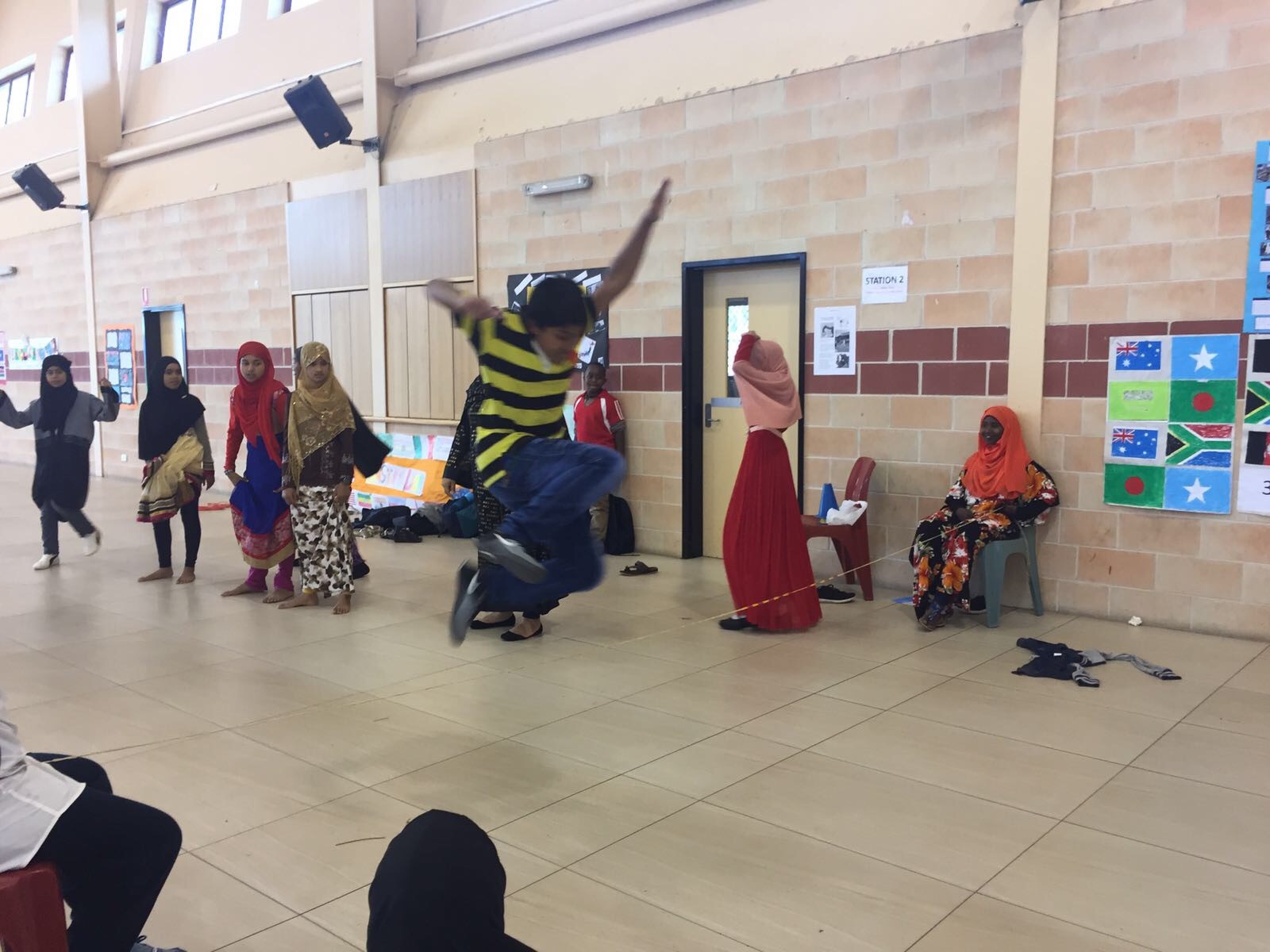 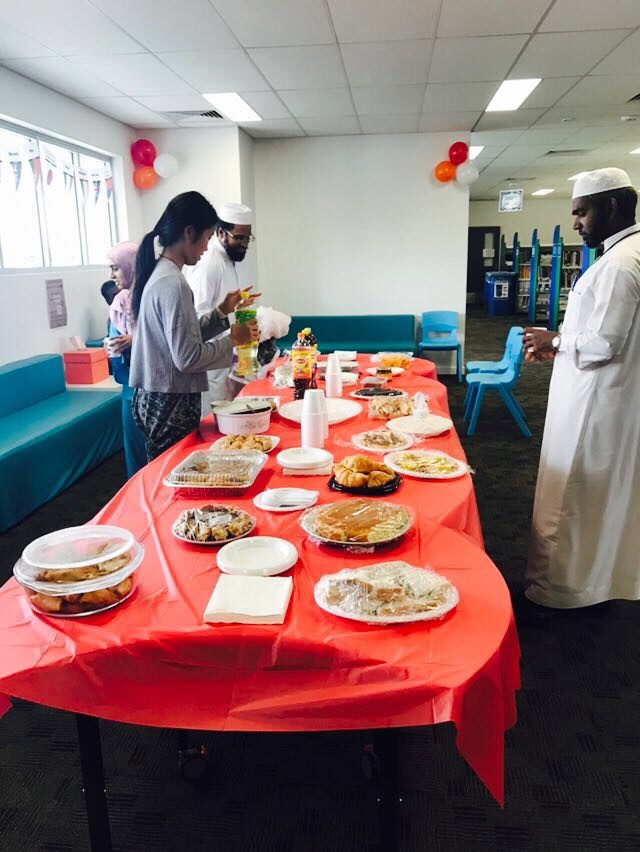 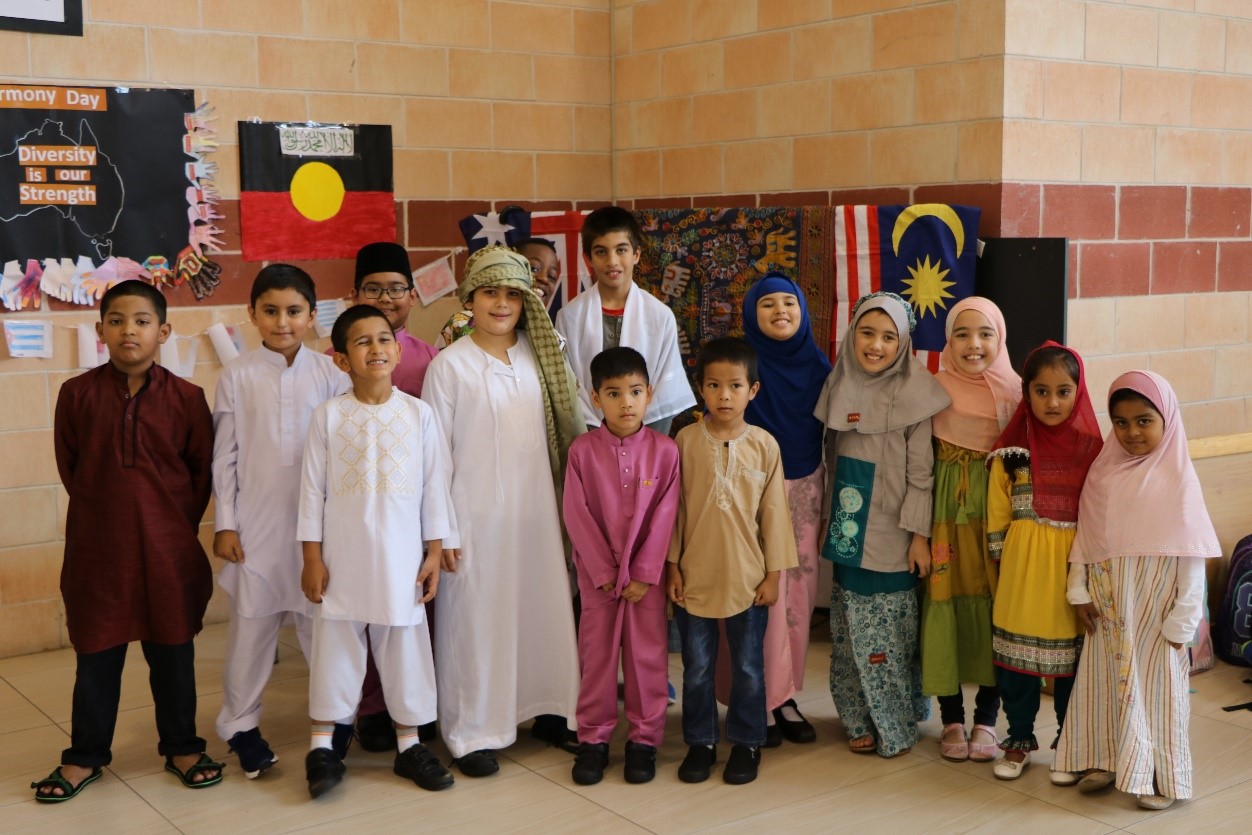 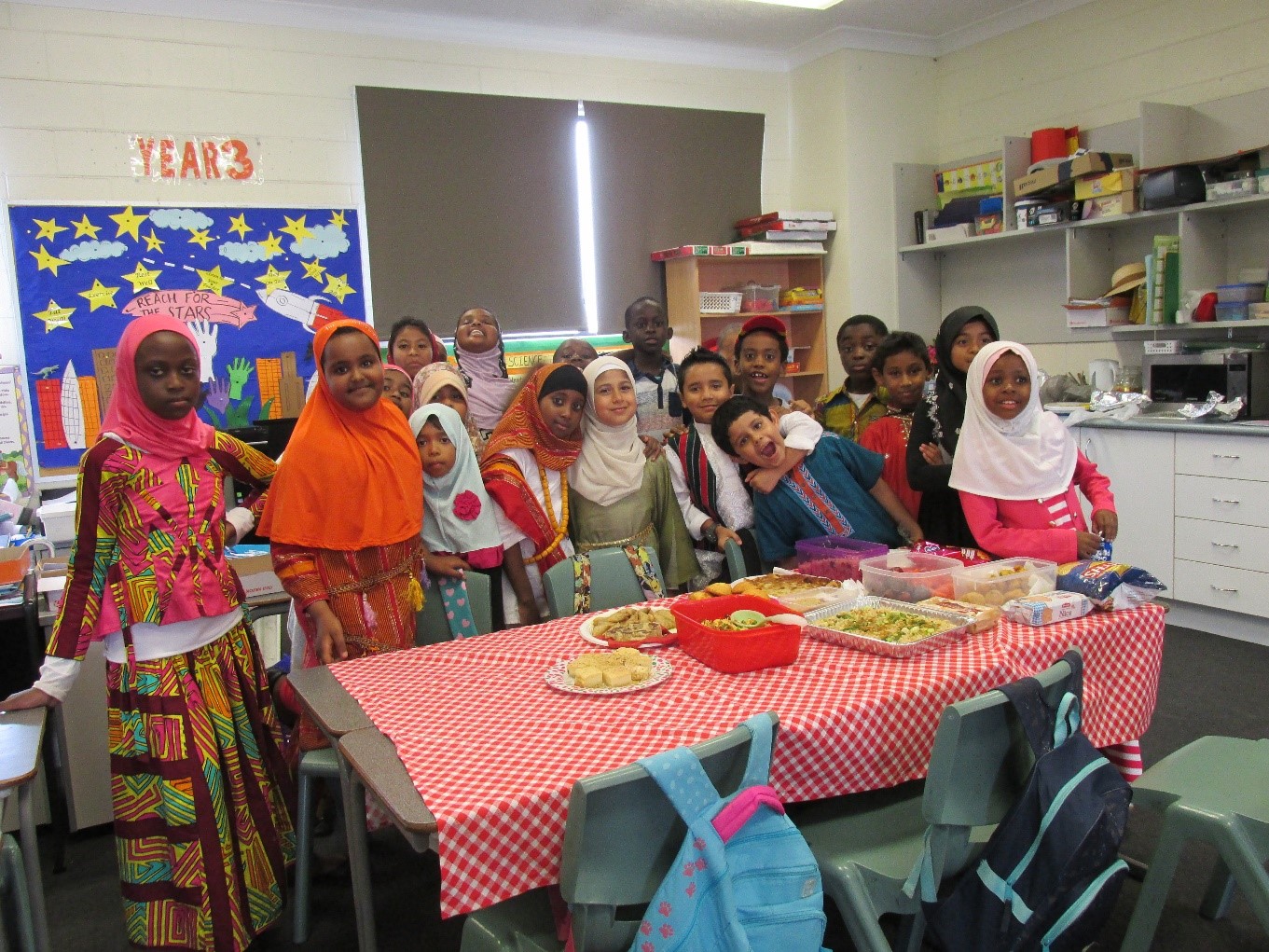 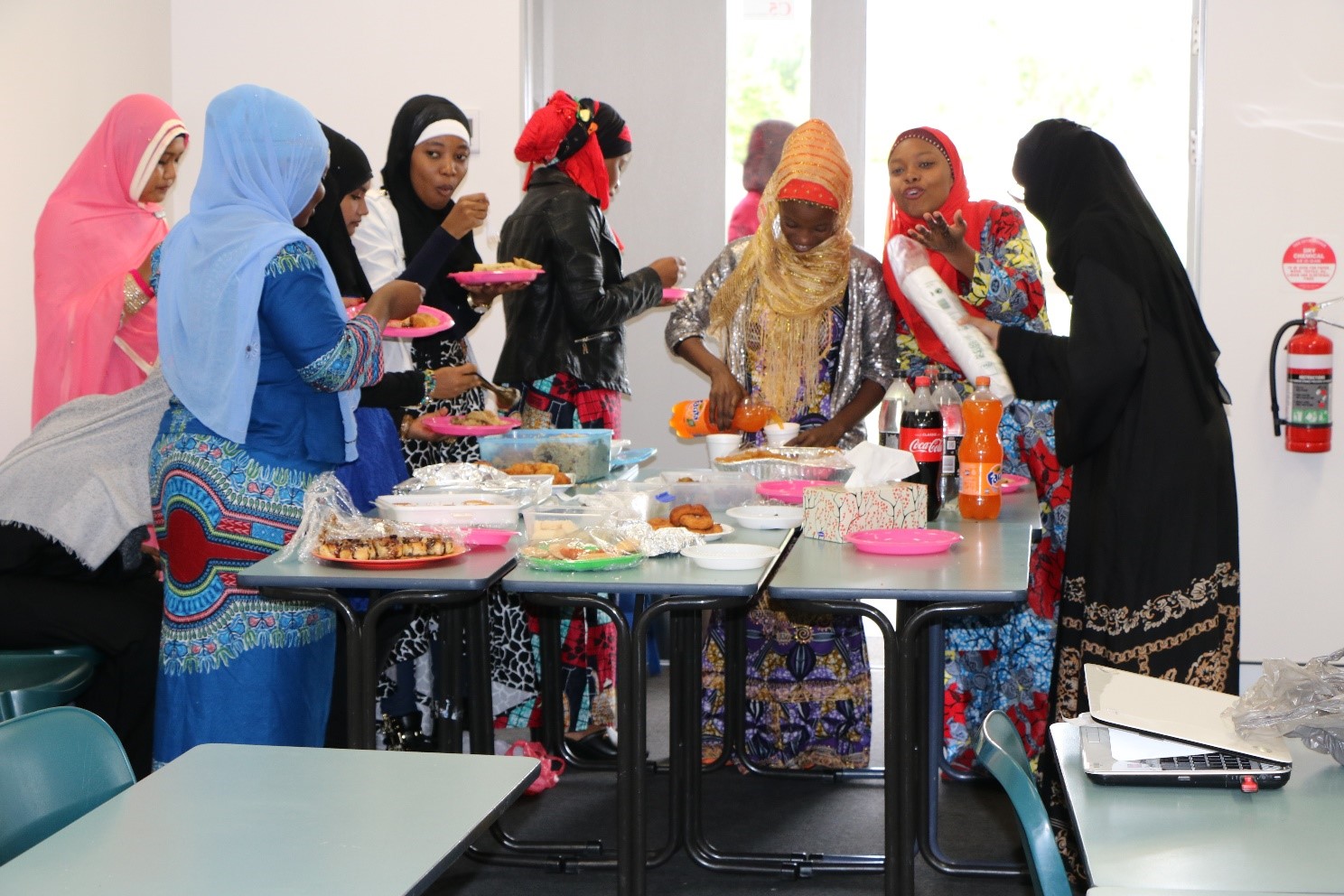 Last Tuesday, 21 March saw the Australian International Islamic College (AIIC) celebrating its annual Harmony Day which coincided with the National Day of Action Against Bullying and Violence.
It was a day of cultural exchange, awareness and appreciation. Flags and posters of different countries decorated the hall. Students who came dressed in their ethnic attire were also encouraged to bring a traditional dish to share with their friends during lunch.
In the morning, students were treated to an hour-long assembly programme of performances and presentations. Judging from the raucous response, the high point of the programme was when the unofficial Australia anthem, “I am Australian” made popular by the 60’s band, the Seekers was sung by the students led by the college’s Nasyeed group.
After morning tea, the primary school students were given a crash course on popular traditional games played in parts of Africa and Asia. One of them was Jagi Jagi which is a Somali game comprising of 5 stones and another was Bano which essentially means marbles in Swahili. A popular station with both boys and girls was ‘Sepak Takraw’ or ‘Kick Volleyball’ which is a sport played in Southeast Asia. In this game, students used a soft rubber ball in lieu of a rattan ball to kick over a badminton net. The game is played pretty much like volleyball but without hands.
At the end of the day, staff gathered for a sumptuous shared meal at the library. The array of delicacies and dishes spanned several continents from Lebanese baklava to Indian biryani and Singapore fried noodles.
So, what did Harmony Day mean to the students?
According to 9 year- old Hussein Baruti who hailed from Malawi, it meant “Not disrespecting other people’s culture,”
His friend, Omar Ali from Somalia said that, “Harmony Day equals Anti-Bullying,”
Both boys loved the traditional games session especially ‘Sepak Takraw’.
Josna Akter who is of Bangladeshi background loved the food sharing segment of the day. She strongly believed that celebrating occasions like Harmony Day could reduce conflicts around the world.
Fildausi, also of Malawi heritage and Sowda Khalif from Somalia especially liked the spicy Bangladeshi food their friend shared. Through such sharing and interaction, students got to know and appreciate each other’s culture a lot better. Both girls never felt so Australian until they sang the song, “I am Australian” that morning. The lyrics of the song resonated deeply with them.
Sumaiya Gedik, the college’s vice-captain felt that Harmony Day was about celebrating diversity without which, there could be no peace or unity. She is a living example of that diversity being part Fijian-Indian Iraqi and Turkish.
The college’s captain, Rahim Mohammadi who was born in Iran before emigrating to Afghanistan and then to Australia likened Harmony Day to Peace Day where people felt connected to each other, where everything that was good and positive was highlighted and emphasized and nothing bad was talked about.
This point was aptly summed up by the college’s principal, Mrs Mariam Banwa in her assembly speech when she said that “It’s all about inclusiveness, respect and a sense of belonging for everyone.”
And Harmony Day at AIIC was all about that.